Brie Larson often posts great content on Instagram, and the post she made today is no different. In the post, you can see Larson posing contemplatively next to a window and a vibrant green houseplant To match the plant, she’s dressed in a set of plant-print pajamas. Her semi-serious-looking pose is nicely juxtaposed with her simple and funny caption “House plant cosplay.” Take a look at the post below:

If you’re familiar with Brie Larson’s work, you know she’s no stranger to the world of cosplay. Not that she often engages in cosplay herself, but many of her fans undoubtedly do. Since Larson has portrayed the Marvel superhero Captain Marvel in both the movie of the same name and in Avengers: Endgame, plenty of fans have dressed up as her version of the character. Of course, her ‘house plant cosplay’ isn’t quite as elaborate as something you might see at Comic-Con, but it’s a great look nonetheless.

If you’re one of the many fans who love to see Brie Larson in her Captain Marvel/Carol Danvers role, you won’t have to wait too long to see her again. Her next appearance as the character is slated to be in the sequel to Captain Marvel in 2023 titled The Marvels.

The Marvels will feature Brie Larson in her famous role along with co-star Samuel L. Jackson in his recurring role as Nick Fury. Newcomer Iman Vellani will also be co-starring as Kamala Khan, who will first appear in her own Disney+ series, titled Ms. Marvel. Teyonah Parris is also set to have a big part as Monica Rambeau, who is the grown-up version of the character from Captain Marvel. This version of the character first appeared in the Disney+ series WandaVision.

As of now, it doesn’t look like Brie Larson has too many new projects on the docket. Undoubtedly, her Marvel role is keeping her plenty occupied. As with many Marvel stars who portray heroes, she has to stay in top shape. She’s been hitting the gym hard and doing some pretty amazing workouts, so it’s not too surprising that she might not have time for more than a few projects.

She did, however, have time for a brief cameo in Shang-Chi and the Legend of the Ten Rings. And even though she isn’t starring in any new movies other than her Marvel role, she is gearing up for a new TV series, which is surely more than enough to keep her busy. Apple very recently announced the new series called Lessons in Chemistry that Brie Larson will star in and executive produce. As of now, there’s no set release date, but they hope to put it out in Spring 2022.

As always, it’s fun to keep an eye out for what the Oscar-winning actress will do next. For now, it looks like her Instagram will be the best way to keep up with what Brie Larson is up to. Stay tuned to Giant Freakin Robot to learn about the latest news about Brie Larson and her upcoming projects. 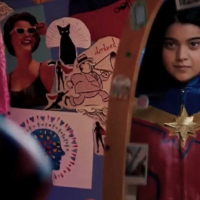 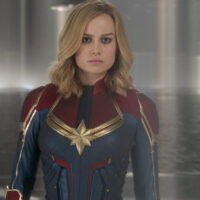 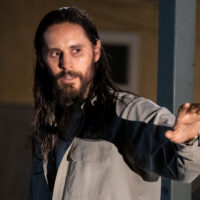