Are you seeing this, Gotham Gazette? Tim Drake is now playing for both teams and we don’t mean Young Justice and the Teen Titans. The Bat family’s most probing mind just came out as bisexual in Batman: Urban Legends #6. The anthology series headlined by Daredevil’s Chip Zdarsky and DC Future State: Robin Eternal’s Eddy Barrows debuted a new storyline around Drake in issue #4, depicting the World’s Second Greatest Detective mid-transition; Baby Bird here had just broken up with Stephanie Brown, one of his many ex-girlfriends and currently the superhero Spoiler, and is considering university. Barbara Gordon is nudging him toward Ivy Town University, popularly known as the alma mater of the last two Atoms, Ray Palmer and Ryan Choi. Drake was prowling Gotham City in search of the villainous Chaos Monster when he decides to make a curious detour.

Barrows’s colleague and writer of DC Future State: Robin Eternal, Meghan Fitzmartin, is handling Tim Drake’s coming out story — entitled “Sum of our Parts” — for Batman: Urban Legends, with newcomer Belén Ortega in charge of art. Ortega is a Granada-based illustrator who was nominated for a GLAAD Media Award for Outstanding Comic Book for her work on Guardians of the Galaxy by Al Ewing. Talk about securing the right representation for a mini this delicate. Fitzmartin wrote this year’s DC Universe Animated Original Movie Justice Society: World War II and was an executive assistant on the CW hit television show Supernatural.

This is what you call ending a three-part story with a bang. Fitzmartin and Ortega posted about Tim Drake in Batman: Urban Legends on Twitter:

Tim Drake was taking time off life and love when Oracle finds him back in Gotham City, investigating a paper trail of missing children pointing to the same perpetrator: the Chaos Monster. The little-known kidnapper is a Bat rogue created exclusively for Batman: Urban Legends; a master martial artist, he wears a horned mask equipped with instant trypophobia and uses chloroform powder to stun opponents. Drake decides on a whim to see a friend outside of the costume for a nice dinner under candlelight. He meets an old buddy, ginger-haired Bernard, first introduced in Robin Vol. 2 (by Chuck Dixon) way back in 1993. Like everything in Batman, this isn’t just a “whim.”

This is a guy who’s been around since Tim Drake’s first real crimefighting tenure as Robin; no surprise he immediately comes off as just one of the bros. But the two are a little too chummy with each other and context soon betrays the true nature of their relationship; Drake is visibly mesmerized by the other boy’s dashing good looks. Bernard demands to split the bill “this time,” implying this wasn’t the first time the two agreed on an extended night out together. Drake mumbles incoherently about feeling his “programming” change recently, and if that’s not a thinly-veiled codeword for sexuality, we don’t know what is. It doesn’t take a Batman to recognize the subtext.

But the Chaos Monster crashes the party; despite not being dressed for the part, Tim Drake jumps into action, telling Bernard to stand back. This villain hasn’t been around that long but manages to disable our future Red Robin in a single grab. Drake inhales the chloroform and is immediately knocked out. He wakes to find Bernard kidnapped; enraged, he storms the Chaos Monster’s lair, suddenly gruff and no-nonsense. His feelings for Bernard are bringing these protective urges out of him and he begins musing about how masks are “very scary” and “not easy to infiltrate at all” — another casual reference to living in the closet. Drake frees Bernard but discovers the other boy has been combat-trained since the last time they met; they subdue the group together. Tim Drake remarks he has never felt calmer.

Before taking on the Chaos Monster’s lackeys, Bernard tells Robin — unaware he’s Tim Drake — to thank Drake for helping him “realize his true self” in the unlikely event of his death. Drake himself is about to refute such an outrageous plea, when Bernard wallops him with this emotional slugger: “I wish we could have finished our date.” That’s right; there’s a reason their reunion was practically oozing with sexual tension. It was a date. Their power dynamic brings back memories of Batman and Catwoman’s first evening jaunts across Gotham, and all the monsters they’ve faced as both a couple and a team.

After disposing of their enemies — talk about a power couple — Tim Drake reappears before Bernard’s doorstep to explain himself, only to be asked out on another, hopefully less death-defying date. Drake admits he’s still just figuring things out and “doing a lot of thinking,” but concedes this is definitely something he wants. It all comes full circle with the last panel; Oracle spent the earlier half of “Sum of our Parts” badgering Tim Drake about what he wants — university, Gotham, or his ex Stephanie — and turns out all he’s needed is a man. We haven’t had a twist like this in a Batman comic book since Jason Todd came back to life, and that wasn’t even about dating the same sex. Bernard is Tim Drake’s first documented male love interest. Until this comic, he’s exclusively been seeing women. We want to blame Dick Grayson’s suit for this triple whammy of a pheromone effect, but this is all Tim Drake.

Previously heterosexual superheroes coming out as queer in later iterations is far from the aggressive tokenism detractors routinely claim the industry has become. As is the case with characters like Iceman/Bobby Drake from Marvel and Batman antihero Harley Quinn from DC, their sexuality eventually became a key component of their respective storylines. Felicia Hardy (or Black Cat) is now dating immortal thief Odessa Drake. Three times the Drake? That can’t be a coincidence. Jay Lycurgo is going to be playing Tim Drake in Titans Season 3. 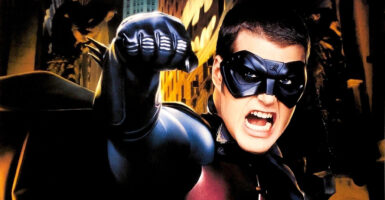 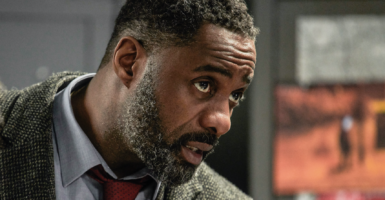