With the coronavirus affecting millions of jobs throughout North America this year, many employees have moved towards remote work. While this has ensured the safety of employees, it’s also begun a new debate about which state should tax workers who used to commute to different states to their jobs. Employees that used to have to cross state lines no longer have to, which is causing quite an uproar as the year ends.

About 15% of New Hampshire’s commuters went to Massachusetts for work, prior to the coronavirus. In October, New Hampshire filed their grievance with the court, and now, more than a dozen other states have submitted briefs asking the courts to take up New Hampshire’s position on the remote work issue. This issue is not relegated only to New Hampshire and Massachusetts, as an analysis from Bloomberg stated that one-fifth of New York’s income tax is currently coming in from workers not within the state, averaging about $700 million a month.

Some believe that the Supreme Court won’t hear the case that would impact those who rely on remote work, simply because the issue is a state’s issue and not necessarily a national one. But with times changing rapidly due to the changing work landscape brought on by the coronavirus, the issue is becoming a massive one, even as vaccines begin their distribution around the country.

Many companies are moving forward with remote work, considering the future is still uncertain, and it’s currently safer for workers to do their jobs from their homes. For example, Reddit has said it won’t lower their employee pay if employees decide to move away from high-cost, heavily-populated cities due to the coronavirus. In addition to not cutting wages, Reddit will allow its workers to work remotely, in person, or both. Twitter and Microsoft have also announced recent changes in their policies that would give more freedom to employees depending on their comfortability.

Yet with the shift to remote work becoming an important change in our uncertain world, better, more succinct laws, such as these state income tax laws, need to be made clear to help support the worker. The times are changing, and it’s time for the laws to change as well to reflect that. 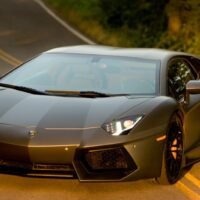