Facebook and its role (whether wanted or not) in the current political landscape has come under much fire over recent years. The social media platform has often been in the crosshairs of detractors when it comes to how they’ve handled politically-based content and user messaging basically ever since the 2016 election. Recently, Facebook has taken a step to possibly begin mitigating this impact going forward. Starting immediately, they are permanently stopping the practice of recommending political groups to its users.

The move by Facebook to halt all recommendations of civic and political groups isn’t necessarily a new one. They had started the practice back in October when election rhetoric and discussion was beginning to heat up. At the time, they saw it as a chance to begin distancing themselves from the conversation when it came to politics. That was a conversation that had become incredibly divisive (understatement) over the last election cycle. The move, at the time, was described as a temporary one to turn down the volume when it came to political talk and derision. Everything that’s unfolded since has likely only gone to show that it was the right move.

Facebook’s Mark Zuckerberg said, regarding this decision, “People don’t want politics and fighting to take over.” While this may be in something of the too-little-too-late category, the decision by the social media platform to begin distancing themselves from politics in the short term comes after years of claims that the platform greatly mishandled the dissemination of misinformation from different accounts. Data has suggested that information spreads faster on Facebook than on any other social media platform meaning “fake news” could reach large audiences without much pushback. Different entities and operators have used this to their advantage over the years, circulating memes with a variety of misinformation to the masses all-too-willing to share.

The news of Facebook stopping the recommendation of political groups doesn’t mean those groups will be taken down. Rather the algorithms will no longer suggest them for users to potentially join. The groups will have to now take the previous organic approach toward attracting new members. And this initiative will include civic groups as well, those primed to take action or discuss a variety of political topics. It isn’t just limited to standard bipartisan Democrat and Republican-leaning topics. It stands to reason the wide net over types of groups is put in place to give them the latitude to pick and choose who gets put behind the wall.

Social media discourse and vitriol reached a near-all-time high in light of the events on the Capitol in Washington D.C. and Facebook found itself near the heart of it. There were claims that many groups organized the day’s proceedings on Facebook and in groups. The company took significant heat for this use of their groups.

It’s a near certainty that Facebook will continue to take action to remove itself as much as possible from the political sphere. Considering they’ve become something of the social media face for “fake news” the damage may be already beyond the event horizon. But with this latest election in the books, they may see it as a chance to make a pivot into the original idea behind the platform which was just keeping in touch with friends. 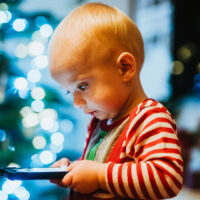