Last night MTV held their annual movie awards show, which really has very little to do with the music part of their network title, but when that ever stopped them. They even handed out some sporadic awards, like Best Shirtless Performance—spoiler, Zac Efron walked away with that trophy. But, as usual, the best part of the evening was the glut of new looks at upcoming summer blockbusters. The first up on our list is a fresh glimpse at Jonathan Liebesman’s Teenage Mutant Ninja Turtles reboot, which offers our first look at Master Splinter.

You’ve seen a decent amount of the footage in this TV spot, like the chunk at the end where Michelangelo thinks it’s that tiny little mask he wears, not the fact that he’s a seven-foot tall talking turtle, that freaks out April O’Neil (Megan Fox). In addition to recycled material, however, there is also a fair amount of new footage. This wouldn’t be a Teenage Mutant Ninja Turtles movie without a little bit of skateboarding action, which this video delivers. At least it’s sort of skateboarding. You also get a brief introduction to Vernon Fenwick, April’s co-worker and sidekick, played by Arrested Development alum Will Arnett.

The biggest reveal in this video, however, is obviously Splinter, voiced by Emmy-Award-winner Tony Shalhoub. When we finally got a look at the turtles in the first trailer, their appearance was disappointing to many fans. It will be curious to see how people react to seeing their leader. This isn’t the best look, it’s quick, from behind, and in the shadows. Still, you can’t help but get the feeling that he’s going to look like a weird, mangy walking carpet, and not in a good, Chewbacca kind of way.

In addition to his appearance, you also get a touch of that Splinter wisdom you crave. That piece about nothing being as strong as the bond between family is classic nod to the film’s predecessors. Along with the wise-cracking sense of humor, this bit gives me hope that maybe, just maybe, Liebesman, producer Michael Bay, and the writing team have managed to capture the feel and spirit of the original. As long as they accomplish that, the movie still has a chance to be good, even if it gets delayed yet again.

There is a question that has been bothering me. One of the biggest changes that we know about is that instead of being an accidental byproduct of the mysterious ooze, they were created by April O’Neil’s father and Shredder (William Fichtner) in an attempt to manufacture heroes. If this is how they came into being, grown in a lab by a white guy named Eric (Shredder’s civilian alter-ego), how do they become ninjas? Why ninjitsu? In every other version, it was Splinter who raised them and gave taught them the way of the ninja, so I’m curious to see how the arrive at this particular conclusion, or if they even bother to explain it at all. 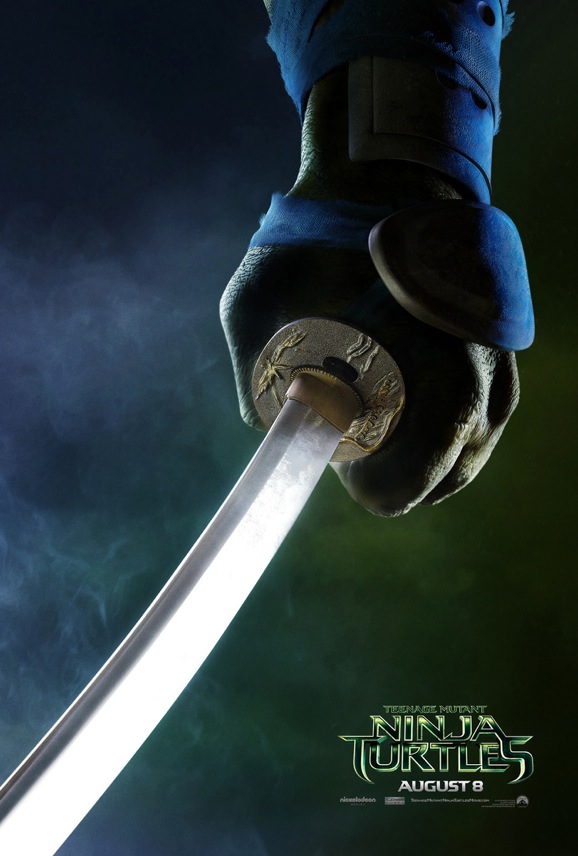