The kind of excitement that humanity’s trek into the cosmos has inspired is a beautiful thing. We’re at a point when government-sponsored NASA isn’t the only thinktank headed into outer space, and the privatized frontier is here. Unfortunately, the trial-and-error process has its downfalls, and this past week has seen two Virgin Galactic crashes occurring, with today’s being the first where someone has died. To be expected, NBC is starting to have second thoughts about its upcoming reality series Space Race, which Virgin’s Richard Branson and producer Mark Burnett were behind.

Space is hard, and today was a rough day.”

Eesh. And the understatement of the year award goes to…

Last year, NBC put into development Space Race, a series in which contestants would compete to win a trip on board Virgin Galactic’s SpaceShipTwo, which has room for six passengers and two pilots. NBC was also going to kick this off by airing a three-hour live broadcast in which Richard Branson and his two children Holly and Sam would be the first passengers, and it was also going to be shown on everything under the NBCUniversal brand. I dare not imagine what things would be like had these test flights been shown on live TV.

Mark Burnett has tried taking TV audiences into space in the past, and his 2001 project Destination: Mir also fell apart before it could go anywhere. That time, it was because Mir was being replaced by the International Space Station. That was a much more positive outcome.

This was the first major test for SpaceShipTwo, which doesn’t mean the ship won’t eventually end up taking layman human beings into outer space at some point in the future. After all, NASA hasn’t been perfect in all of its ventures. There are no guarantees when it comes to heading into space.

That’s not even the only reality series about space travel. The Dutch project Mars One, led by Bas Lansdorp, is aiming to head to Mars by 2024, and there’s an entire reality series based around who they’ll get to go on that trip. They’re still in the planning stages of that, and it’s got its own problems, so one has to wonder how much SpaceShipTwo will be on everyone’s minds when that happens. 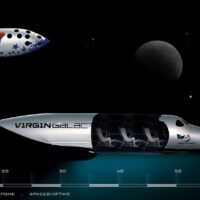 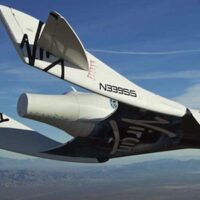