The Hunger Games: Catching Fire — Everything Wrong In One Convenient Video

The highest-grossing American movie last year was The Hunger Games: Catching Fire. With a domestic haul of $424.3 million, it’s safe to say that a lot of people saw the second installment the Hunger Games film franchise. While the third film in the series, Mockingjay Part One, doesn’t open in theaters for another eight months, we can all enjoy Catching Fire at home on Blu-ray/DVD. And now that we can watch the movie again and again, CinemaSins can pick apart every tidbit in the latest installment of their “Everything Wrong” video series.

In “Everything Wrong with The Hunger Games: Catching Fire,” the biggest “sin” in the film is its length. Clocking in at 146 minutes, Catching Fire is pretty long when you consider its story. The sequel takes about 45 minutes just setting everything up, and the actual Third Quarter Quell takes another 45 minutes. While the film works for the most part, you can really feel that length when you’re sitting through it. It seems that nowadays, blockbusters have to justify their big budgets with longer running times. If a set piece was expensive to make, it has to be in the movie, regardless of whether it fits well, which is why movies like The Hunger Games or Transformers wind up more than two hours long.

While a majority of CinemaSins’ gripes with Catching Fire are cosmetic and bordering on nitpicking, there is an ounce of truth to their criticisms. The Third Quarter Quell, or 75th Hunger Games, was more thrilling and exciting in Catching Fire than the first movie, but it was sort of a re-hash of the events in that first film. In fact, Catching Fire could almost be seen as an expensive remake of the first Hunger Games movie, only with better special effects and a better group of actors in minor and supporting roles. The Evil Dead 2 of The Hunger Games, as it were.

The way that Catching Fire ends is probably the biggest sin leveled against it. The sequel ends with nothing really resolved, but rather as a big setup for the next movie in the series. It really seems that movie franchises these days are more concerned with the next film rather than delivering a good cohesive and satisfying movie. Also, CinemaSins failed to acknowledge how much the ending of Catching Fire is similar to the ending of The Matrix Reloaded, ending with a lame cliffhanger (I still don’t understand the ending of that movie).

Overall, The Hunger Games: Catching Fire is far from a perfect movie, but it’s still a good piece of blockbuster entertainment. The movie was successful and cemented Jennifer Lawrence as one of the brightest stars in Hollywood today. The sequel is also a considerable step up from the first Hunger Games movie, which can be attributed to its new director Francis Lawrence (no relation) and bigger budget. Sins or no sins, Catching Fire is highly entertaining. 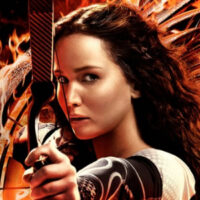 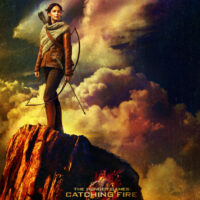