Wolverine’s Adamantium Claws: Could They Work In Real Life? As a University of Michigan alum, I’ve heard plenty about Wolverines, but I never actually saw one in person until I went to a bear park in Sweden. By all accounts they’re incredibly vicious creatures, kind of like rabid badgers. So despite their relatively under-the-radar status, it’s no surprise that the most popular X-Man is named after them, and that his adamantium claws are a supercharged version of those wielded by the caribou-snacking carnivore. But we got to thinking…have any of Wolverine’s (talking about the character now) claws ever come off? Why wouldn’t his opponents just rip them out? It can happen to the animal, so how is it that our Marvelous hero never breaks or loses a nail?

This is one of those big questions of the universe. So big that E. Paul Zehr, professor of neuroscience at the University of Victoria in British Columbia, decided to look into the question. Zehr is also into martial arts, so the character of Wolverine represents a combination of his career and his favorite hobby. He began to wonder how exactly Logan’s claws were adhered to his skeleton, and what prevents them from snapping off?

Zehr wondered why they don’t flip over when he twists his wrist. Huh. Never thought about that, but anatomically speaking, turning one’s radius should do that.

Zehr was ultimately stumped by that last question (Come on, dude! How hard did you really try to find the answer?), but he did come up with some theories about what keeps Wolverine’s claws in place and intact, and he believes that recent developments in biomedical engineering could pave the way for such implants in people.

In an article published in June, MIT researchers described a new adhesive made of protein-infused polymers and ceramic that provided greater strength and stability for bone implants. The polymers help bone cells form and attach to an implant, and in the tests they conducted on rats, researchers found that it was more likely for the bone to break than for the implant to detach from the bone. I really don’t want to think about how they found that out. While the discovery is good news for people who have hip, knee, dental, and other such replacements, not even the MIT folks talked about the theoretical possibility of adhering the fictional metal adamantium to a bone. Although I’m sure they thought about it. Instead of adamantium, implanted devices, especially joint replacements, are often made from titanium. The polymer adhesive developed by the MIT researchers basically made the body believe the titanium implants were bone, which Zehr likens to “really good double-sided tape” that happens to contain bone growth proteins.

Given that existing possible body modifications already include removing the fingernails and replacing them with titanium (some people do this with teeth, too), it’s only a matter of time before someone gets Wolverine claws. Let’s see what the Hulk does with that. 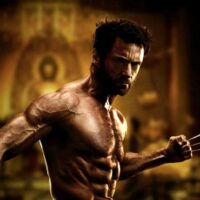