Lego Ghostbusters Could Become A Reality For Film’s 30th Anniversary, With Your Help 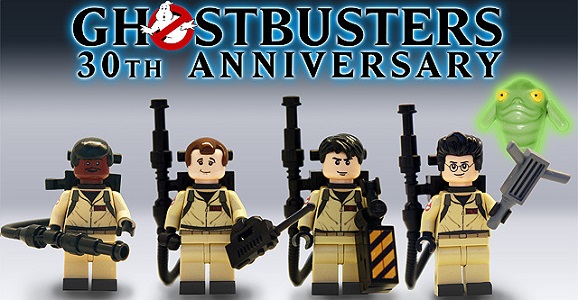 In less than a year, Ghostbusters turns 30 years old. One of the most classic comedies from the 1980s, Ivan Reitman’s greatest film will no doubt see some kind of an anniversary Blu-ray release, and perhaps a few theatrical appearances. (Get in on this, IMAX!) But fans need something more tangible to take from this, and it doesn’t get more hands on than an officially licensed Lego set. Well I suppose if Bill Murray and Dan Aykroyd came to a groundbreaking agreement on making another movie, that might top a tie-in toy for celebratory purposes. Since that will never happen, join me in helping to get this Lego collection approved.

Artist, designer, and Lego creator Brent Waller set up a lovely Lego Cuusoo page, which allows the general population to vote on which custom-made projects eventually become a part of the Lego cannon. All it takes is 10,000 votes to put the decision into the hands of the Lego gods, and Waller is currently looking at a hair over 5,400, after having started the project back in March. I’m pretty sure we can get the Giant Freakin’ Robot community to come together and get this thing another measly 4,400 votes. It may take a few veiled, or not so veiled threats, but in the end it’s entirely possible. Let’s take a closer look at Waller’s work, to see if he warrants your support.

I ain’t afraid of no ghosts, plastic or otherwise. While this version of Slimer doesn’t successfully represent the early onscreen digital effects so much as it looks like an insect, it’s the only slight misstep in this deal. All four of the Ghostbusters themselves fall into their descriptive stereotypes. Black guy who doesn’t get anything beyond a proton pack? Winston. White guy with glasses? Egon. White guy with brown hair and a cheesy grin? Ray. White guy who kicks more ass than anyone? That’ll be Bill Murray’s Peter Venkman. Even if Murray has nothing to do with the sequel, a giant Lego version of him should also be in the running. Anyway, check out the video and pictures below, which include some shots of the coolest ex-ambulance in film history, the Ecto-1. 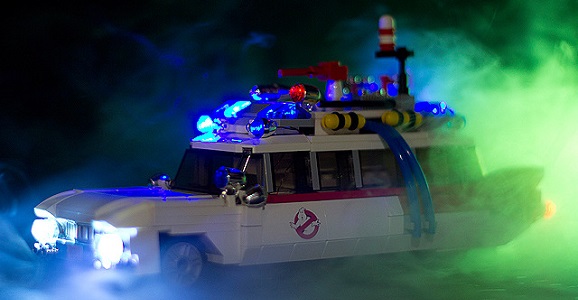 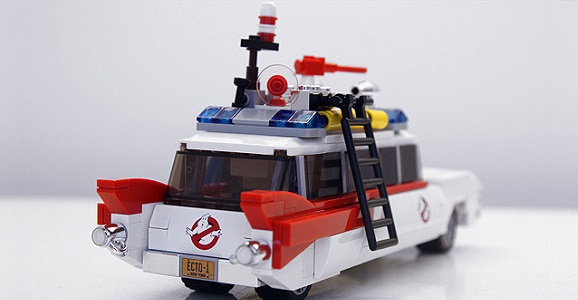 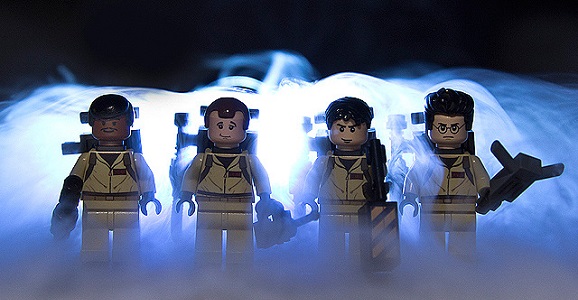 Try and make that Ecto-1 with a normal Lego kit and you’re gonna end up with one ugly ass vehicle. So why not round up all your friends and get them to go vote for this? After all, the last Cuusoo project to get released was the Back to the Future set that came out earlier this month. Who better to join Marty McFly and Doc Brown in building block history than New York’s most fearsome foursome? Add in this amazing recreation of the Firehouse, and all other toys bow down in defeat.

Wanna get in the mood? Watch the film’s trailer below while wearing your favorite Ray Parker Jr. costume.