It would seem that Activision Blizzard and Nintendo aren’t the only ones mistreating their employees; the Japanese entertainment and video game conglomerate Square Enix just made it to the list of the naughty gaming giants. Apparently, the Final Fantasy publisher removed a veteran developer, Yuji Naka, best known for his work on Sonic the Hedgehog, Phantasy Star, and Nights into Dreams, from the position of director of 2021’s Balan Wonderland six months before the game was concluded.

According to IGN, following his removal as a director of Balan Wonderland, Yuji Naka sued Square Enix over their decision. However, the court case is now over, and Naka is no longer bound by company rules and has openly criticized the company without disclosing the results of the case. First and foremost, Naka apologized to the fans who bought Balan Wonderland, describing it as an unfinished game. He then proceeded to criticize Square Enix, stating that “Square Enix is no good” and that the company doesn’t care about the games or the gamers.

Yuji Naka, a celebrated game developer, stated that he was removed as a director of Balan Wonderland by the game’s producer, head of marketing, head of sound, managing director, and human resources department for two reasons. The first issue arose during the development cycle when Naka commented on releasing a YouTuber’s piano arrangements of Wonderland’s music instead of the original song, stating that the original game deserved promotion with an original song.

Admittedly, this doesn’t sound like something a renowned gaming director would be fired over, and it isn’t. Creatives clash with the higher-ups all the time; it’s a battle between creative thinking and money-grabbing trend that has been going on for ages, and it’s usually resolved in a compromise. However, the second reason why Yuji Naka was removed was far more serious. He took issue with the quality of work from Arzest, the development studio behind the Balan Wonderland video game.

Yuji Naka made comments about wanting to improve the game and Arzest delivering a game without fixing bugs noted during development. Apparently, this didn’t sit well with Square Enix, who decided to remove him as a director for a game that was released six months later — and failed miserably as a commercial and critical bug-ridden flop. Flops occur left and right, and gaming giants just shrug them off and continue with their “business as usual,” stating that the game is so far ahead of its time that it’s incomprehensible to the modern audience.

Square Enix never made such claims, at least in regards to Balan Wonderland, but they did release a patch for the game — on day one, nonetheless — which fixed a potential flashing bug that posed an epilepsy risk. Sounds like someone should’ve listened to their former director. The game was released in March 2021 as a “half-baked” musical platformer plagued by fundamentally bad choices spread across endearing but incoherent ideas.

As stated in his lengthy Tweeter thread, Yuji Naka apologizes to fandom, stating that it’s a real shame that an unfinished Balan Wonderland has been sent out into the world. He concluded his criticism by stating that neither Square Enix nor Arzest are companies that care about games and fans. 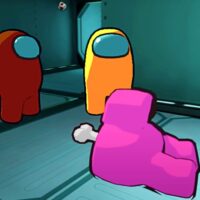 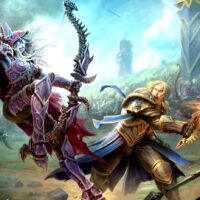