The original Mario Golf is coming to the world’s most popular handheld console. The first installment in the Mario Golf gaming series was first released for Nintendo 64 in 1999. It is now joining the lineup of retro games available via Nintendo’s Online + Expansion subscription service. It joins the new game Mario Golf: Super Rush, which is coming to the Nintendo Switch system on June 25.

According to Polygon, the Nintendo 64 original will become available on the Switch console on April 15 for those subscribed to Nintendo’s enhanced online gaming service, two months ahead of the series’ newest installment. Following the debut of the expanded service, which includes expansions for the console’s current titles, the subscription plan also added a library of popular Sega Genesis and Nintendo 64 gaming titles — a catalog of video games that continues to expand under Nintendo’s planned schedule.

Nintendo 64’s Mario Golf, a favorably reviewed commercial success, was previously announced to join the library after 2000’s Paper Mario, 1998’s Banjo-Kazooie, 2000’s The Legend of Zelda: Majora’s Mask, and 1990’s F-Zero video game titles. The Nintendo 64 hit was, and still is, a tremendously fun gaming title with ten game modes and 14 different characters, including the eponymous Mario, his brother Luigi, Princess Peach, Yoshi, and Mario’s childhood rival, Wario — each with their unique skills and swings.

The Nintendo 64 hit is far from the last retro game to join the Switch’s library of retro gaming titles. As per Nintendo’s previous announcements, we’re expected to receive 2000’s Kirby 64: The Crystal Shards and 1999’s Pokemon Snap, in May and June, in the order of Nintendo’s choosing. Additionally, Nintendo has previously announced the arrival of seven gaming titles in addition to the initial nine with which its Online + Expansion service premiered.

Mario Golf is the fifth Nintendo 64 title to launch, per the said announcement, and the aforementioned Kirby and Pokemon titles will be the sixth and seventh game. It’s unclear whether the company will add more gaming titles to its Nintendo 64 library or not. Considering that Xbox offers an extensive library of old titles and Sony’s announcement to make theirs available through Plus Premium, it wouldn’t be surprising to see more Nintendo 64 titles added to Switch’s library of retro games.

We believe it’s one of the main selling points of Nintendo’s Online + Expansion service. Sure, getting free expansions for currently trending Nintendo titles sounds fantastic, but it simply doesn’t sound appealing to those in love with retro titles. Nintendo 64, the successor of the legendary Super Nintendo Entertainment System, was an absolute hit among gamers and the most recognizable gaming hardware among the fifth generation of gaming consoles.

The system sold only about a third of what Sony had accomplished with the original PlayStation, but many contemporaries still believe that delayed releases of gaming titles propelled its loss of dominance. With that said, Nintendo 64’s Super Mario 64 was the best-selling console game of the generation, beating PlayStation’s Gran Turismo series by a margin. 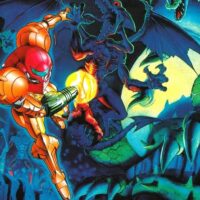 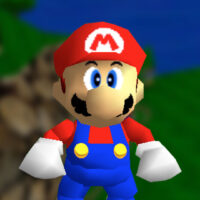