Netflix Games Is Launching, Here’s Who Can Play

Netflix made the Games announcement on Netflix Geeked and other related social media profiles:

Unlike Nintendo’s $50 Switch Online premium upgrade, current subscribers aren’t required to pay an extra fee to avail of Netflix Games and its expanding slate of tie-in arcade titles. An active membership serves as an all-in-one ticket. Each game comes in a host of different languages and can be played with an Internet connection or offline, depending on the modes and options involved. Gameplay is also completely ad-free.

Access isn’t specific to one pass per account either; all active profiles in a single subscription can use Netflix Games, which means nobody in the family is inscrutably left out. In the interest of keeping previous child safety mandates intact, however, developers are limiting Netflix Games to adult-only profiles; kids’ profiles are automatically exempt from the feature and would have to input a PIN to access adult profiles, assuming a code had been set up way in advance.

Netflix’s new game division is as intuitive as it is breaking boundaries. For the first time since the company’s pivot to original programming, streamers are innovating beyond common user expectations. Executives are incorporating elements not typically associated with the medium in the hopes of creating the remote play equivalent of the modern-day smartphone – where everything we could ever need is in one device and no more than a click away. And though competitors like Amazon are revolutionizing the service by dabbling in commercial spaceflight and hybrid game clients, Netflix originated the trend of growing video-on-demand (VOD) beyond what it was made for. With Netflix Games finally peeking over the frontier, improved accessibility has become easier than ever.

Similar to the mobile market, Netflix Games is made to cater to both casual players and hardcore purists. All five games at launch have a little something for everybody: a gripping story, fun arcade mechanics, sports gameplay, puzzles, and collectible cards. And more variety is coming just over the horizon. Netflix has been test-marketing and running simulations on the brand-new feature in the months leading up to release. Netflix Games is presumably available to iOS users come November 3, despite Verdu’s product communications post only mentioning Android capability. If not, expect the expansion to eventually roll out, as Netflix is aiming for a worldwide release.

Netflix Games has been hoping to diversify its offerings since Black Mirror: Bandersnatch practically broke the Internet in 2018. Charlie Brooker’s “choose your own adventure” plot starting Dunkirk’s Fionn Whitehead was the company’s initial foray into interactive storytelling and it made significant leaps and bounds in ways no other video game novelty has, to date.

Netflix Games had its soft opening today at 10 AM PT, according to a midday update by Tanner Dedmon of ComicBook.com, and made the first five games accessible on the Google Play Store for Android users. Netflix Games will officially launch on the main app starting tomorrow, November 3, at 10 AM PT. 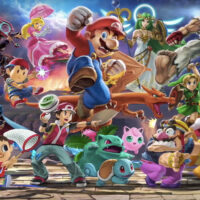