A failed Fast & Furious game is being pulled off a shelves and shuttered completely. It wasn't all that tough to see this one coming.

By Jason Collins | Published 10 months ago

The news of Fast & Furious: Crossroads video game reaching platinum status and getting a high-budget sequel warranted by its revolutionary gaming mechanics and non-precedented gameplay would be nothing more than a really bad April Fool’s joke — and a late one as well. The truth is vastly different; Fast & Furious: Crossroads’ disappointing performance only warranted its delisting from digital storefronts by the end of April. A sudden but not surprising decision by Slightly Mad Studios and Bandai Namco.

Fast & Furious: Crossroads will be removed from sales on April 29, as reported by Polygon, but it will remain available for download to all players that have previously purchased the game and still have it in their digital libraries. Similarly, the game’s downloadable content and online modes will remain operational, with sales being the only thing halted at the moment. Given the game’s terrible reception, it’s quite surprising that Bandai Namco Entertainment didn’t pull the plug sooner and redirect its resources elsewhere.

Actually, that might be happening as we speak. Removing a critically panned game from sales only two years after its release is just a precursor to eventual server shutdowns, leaving Fast & Furious: Crossroads under a layer of imaginary digital dust on fans’ forgotten digital library shelf. With that said, if anyone’s curious as to how the game looks and feels, it’s still not too late to purchase the game and check it out. However, paying $40 for a game that’s being pulled from sales due to a dwindling player base and poor reviews isn’t a piece of sound advice.

We would advise spending $40 on a gaming title that’s actually worth the cash, but the gaming industry hasn’t produced anything good for the past couple of years that isn’t a clone, a remake, or a remaster of something released a decade or two ago. Of course, this excludes rare gems like Horizon Forbidden West, a game with interesting character writing, and Elden Ring — a fantastic recently-released title that might be getting its own cinematic universe. Unfortunately, video games and cinematic adaptations don’t really go hand in hand, as seen in Fast & Furious: Crossroads’ example.

Both the gaming and film industries adapt each other’s titles as means of generating insane amounts of cash while often outputting the results of pretty shoddy work, which is why most film or video game adaptations perform horribly with the audience and critics. This is most definitely the case with Fast & Furious: Crossroads — a game many expected to be Need for Speed meet Fast & Furious, an amalgamation of two big-budget franchises. Instead, we got linear arcade-style knockoff with dull vehicular combat mechanics sporting a flashy media franchise’s name.

Neither Namco Bandai nor Slightly Mad Studios have given the reason for the game’s removal, so it’s safe to assume that the companies are cutting their losses. Some believe that there’s a licensing issue for the Fast & Furious franchise. Whatever the reason may be, the number of gamers lamenting the loss of Fast & Furious: Crossroads from digital storefronts will be equally abysmal as the game’s reviews. 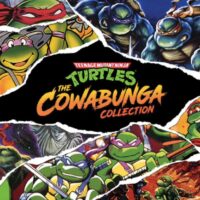 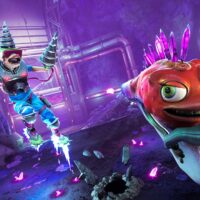 High On Life Knows When Players Are Cheating