The upcoming Far Cry 6 game is a treasure-trove of news, as the release adds tons of novelties to the franchise, including removing some of its iconic fan-favorite features – much to the fandom’s dismay. After making headlines about alleged political commentary regarding Cuba, which the game’s publisher negated, Far Cry 6 is now removing its map editor and the accompanying Arcade Mode.

This departure from the tradition was first covered by IGN, citing the game developer’s statements from the Far Cry 6 AMA event held at the Far Cry subreddit, stating that Far Cry 6 won’t contain the built-in map and mission-making. For those unfamiliar or barely acquainted with the Far Cry franchise, the Arcade Mode and a built-in map and mission editor shipped with every game since the franchise’s second installment, only to be removed in the upcoming Far Cry 6 game. “No, Arcade will not come back,” said the game’s director Alexandre Letendre.

However, Arcade Mode’s removal from the franchise seems planned from the sixth installment’s very inception. Letendre offered further explanation of his AMA response by stating that the Arcade Mode and map editor’s removal from the franchise was a difficult, albeit a necessary decision. It allowed the creative team to focus their efforts on crafting the main narrative and immense modern-day guerilla warfare experience – which is another source of controversy for the Far Cry 6 and its publisher, Ubisoft.

Just recently, Ubisoft had to make public statements regarding Far Cry 6’s alleged political commentary about Cuba – from where it draws inspiration for the game’s narrative. The company had to acknowledge that the title is inherently political since it’s tied to a complex subject of revolution but insists that Far Cry 6 remains a politically impartial title. Though the game’s fictional location, a tropical island of Yara, is inspired by Cuba and its narrative inspired by Guerilla Warfare, the company denies any political commentary regarding Cuba and its political history.

Despite coming under fire, Far Cry 6 remains adamant on bringing its revolution- and guerilla warfare-centered narrative to the franchise fandom – even at the cost of distancing itself from a fan-favorite feature of the game. The Arcade Mode, along with a map and mission editor, was an indispensable part of the franchise ever since the release of Far Cry 2 in 2008, appearing in every Far Cry game since, allowing players to create their own maps and missions for the game.

The map and mission editor evolved into Far Cry Arcade Mode, which was first (and last) seen in Far Cry 5, allowing the game’s online community to build and share single-player, co-op, and multiplayer deathmatch maps and missions using the in-game editor. Alongside almost 5000 different assets from the Far Cry 5 game, the in-game editor granted access to additional assets from other Ubisoft games, like Assassin’s Creed, Watch Dogs, etc. It’s a sad day for Far Cry fans as they see their favorite franchise depart from one of its best features.

With everything said, Far Cry 6 still has plenty to offer, like next-gen visuals and physics and a compelling story based on real-life experiences of real-life guerilla fighters around the world. If you happen to be a fan, Far Cry 6 is scheduled to release on multiple platforms on October 7, 2021. 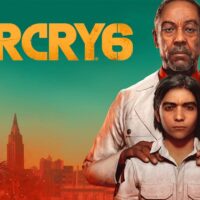 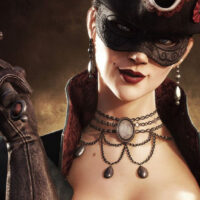 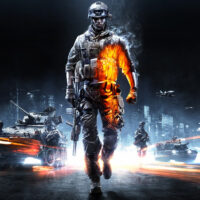