The Wizard of Oz is one of those untouchable classics in cinema history. The 1939 musical is one of the cornerstones of American film and it continues to delight audiences young and old over eighty years later. The idea that anyone would attempt to tread the same ground seems like a fool’s errand. Any kind of attempt at the same material is always going to be measured up against the 1939 film. Well, it looks like one studio is planning to do just that.

Deadline reports that New Line Cinema is making The Wonderful Wizard of Oz, a new version of L. Frank Baum’s classic children’s novel. While this will function as a remake in the pop-culture consciousness, it will not be directly remaking the musical itself. This will be a straightforward fantasy film that will take its inspiration from Baum’s original novel. Watchmen director Nicole Kassell has been tapped to direct the project and she seems thrilled about the opportunity. “I am incredibly honored to join Temple Hill and New Line in bringing this beloved classic to the screen,” Kassell said.

However, Kassell also recognizes that she will be judged against The Wizard of Oz and hopes to bring a new riff on the material. “While the 1939 musical is part of my DNA, I am exhilarated and humbled by the responsibility of re-imagining such a legendary tale,” Kassell continued. “The opportunity to examine the original themes — the quest for courage, love, wisdom and home — feels more timely and urgent than ever.” If nothing else, it seems like she is taking the responsibility very seriously.

There is a very big weapon in Kassell’s arsenal: The Wizard of Oz is part of the WarnerMedia library. Since New Line Cinema is a branch of WarnerMedia, this new take on the material will be able to draw upon certain elements from the 1939 version that other adaptations either have to avoid or pay to use. A big one is the ruby slippers. In Baum’s original novel, the magical shoes that Dorothy Gale wears are actually silver. They were changed to red for the 1939 film since the filmmakers wanted to show off the color in the film. And now, the ruby slippers have become one of the most iconic pieces of film history. It is very likely they will be showing up again in this new version.

One has to wonder if audiences will be receptive to a new take on The Wonderful Wizard of Oz. There have certainly been some high-profile attempts in the past to capitalize on the property that have not exactly worked out. There is the infamous 1985 sequel from Disney, Return to Oz, that strayed into outright horror territory. Then, Disney tried once again in 2013 with Oz the Great and Powerful. That was a more blockbuster approach but still failed to capture the attention of most audiences. Could it be that the power of the 1939 film is just too immense to ever escape from its shadow?

Hopefully, Nicole Kassell can find a strong dramatic and stylistic argument to bringing a new version of The Wizard of Oz to the big screen. It is an ambitious project that could end up putting her into the big leagues of blockbuster filmmakers. Her work on Watchmen was nothing short of extraordinary. If she can bring that same creativity and strength to this remake, it could actually end up being the first Oz movie to find some equal footing with the 1939 classic.

Jackass 4 Stars Have Been Hospitalized During Filming 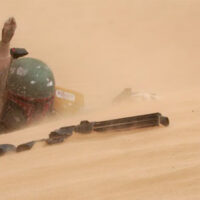 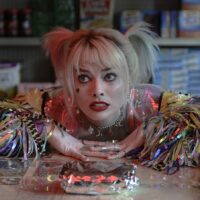 Birds Of Prey 2 Will Not Happen, Our Scoop Confirmed