By Annie Banks | 17 seconds ago

Paramount Pictures announced they have plans to release another Star Trek movie in 2023, and the “top secret” movie has recruited WandaVision‘s Matt Shackman to direct. The untitled Star Trek is to be produced by J.J. Abrams, who has been responsible for the recent reboots that star Chris Pine and Zachary Quinto. Star Trek legend William Shatner is all in on the project if he’s asked to return.

William Shatner is known for his signature role of Captain Jim Kirk but wasn’t always in the picture until Star Trek: The Original Series needed a saving grace. The pilot episode of the series is notorious for its rejection from NBC as the television company found a number of issues with the episode titled “The Cage.” Shatner brought about a more charismatic liveliness to the show that struggled to win over test audiences, and the character of Captain Kirk was a tremendous hit. Both Captain Kirk and Shatner became iconic faces that emerged right along with the mainstreaming of the science fiction genre.

The last time that William Shatner was featured as Captain Kirk was in 1994’s Star Trek: Generations. Ever since his departure, the possibility of Shatner making his return has been a hot topic of conversation. USA Today asked the actor about the 2023 Star Trek film, and while he admitted that he didn’t know that it was in the works, he’s ready to come back.

Shatner is open to returning if called upon by Paramount Pictures but makes it extremely clear that his role would need to be more generous than just a cameo or a nod to his lasting impact on the franchise. He claims that if his reprise was in a “reasonable” sense that he would love to revive his version of Captain Kirk. William Shatner did rule out the chance that he would return for another series, but would consider stepping back onto the Enterprise if the writing was to his liking.

William Shatner has forged quite a reputation for himself concerning the size of his ego, and while his attitudes and behaviors have caused trouble on the set of Star Trek, his requirements for a return as Captain Kirk are understandable, if not realistic. The actor has attempted to make amends with his co-stars, but there is an ongoing rivalry and tensions between Shatner and George Takei that have refused to settle down.

It was once also rumored that Quentin Tarantino was to take Star Trek into his own hands for his ninth and final film where former co-writer Mark L. Smith said that the plot would have paid tribute to 1930s gangster movies. As of 2020, any commotion around Tarantino’s Star Trek died down and it was seemingly forgotten. Tarantino or not, Paramount Pictures still has plans for another Star Trek film in 2023 that could welcome William Shatner back aboard onto the Enterprise.

The First Four Star Trek Movies Are Getting Beautiful Remasters 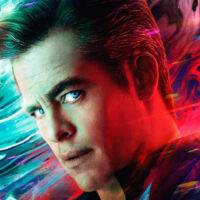