The Suicide Squad trailer has been waiting in the wings for a long time now. Fans have been eagerly anticipating this rebooted installment in the DC Extended Universe, and although w have seen a few snippets of footage here and there, a full trailer has been unavailable. Until now. And to celebrate the long wait being over, writer/director James Gunn has decided to bless us all with not just a trailer, but a glorious red-band trailer that has all the blood and bad words you’d expect.

Strap yourself in and get ready to smile. Here is the link to the red-band trailer for The Suicide Squad:

This looks like quite a blast. After reintroducing the entire concept of how the Suicide Squad works, we get to see just how wild, weird, and wacky this new version of the supervillain team is going to be. It looks like James Gunn has truly been given a blank slate to do whatever he wanted with these characters and it looks like a serious improvement over the David Ayer film (although that wasn’t quite as horrendous as its reputation has made it out to be). No matter what, it definitely feels like Gunn has a particular vision for these characters and their world and this trailer sells it extremely well.

One of the standouts of The Suicide Squad trailer has to be John Cena as Peacemaker. He gets a few comedic moments here that tells us just what kind of a jerk he is going to be. Cena himself has described the character as a “douchey Captain America” and that definitely comes across here. This could very well be a big role in Cena’s career, especially since he also has the Peacemaker television show on the way. That will premiere on HBO Max and is also being shepherded by James Gunn.

We also got our first big taste of King Shark in The Suicide Squad trailer. It can now be confirmed that he is being voiced by Sylvester Stallone and he looks to be fitting perfectly into the role. This trailer gave King Shark a number of awesome and hilarious moments. It definitely feels like the studio knows they can sell the movie around a shark humanoid being a violent but lovable doofus. And that shot of him ripping a dude in half? Take all of our money. That alone feels like a big buy-in and one that many fans seem to be stoked about.

The Suicide Squad trailer might not be selling everybody on what its doing, but it sure does look like a fun and distinct comic book movie. We will have to see just how hyped up this gets people. The movie is set to debut in theaters and on HBO Max on August 6. If it ends up being as good as this trailer is, we are in for a horribly beautiful treat. Looks like Marvel’s decision to fire James Gunn might have resulted in one of the best modern DC movies in a long time. 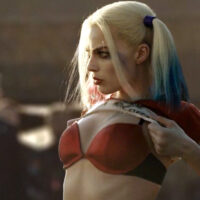