2021’s The Suicide Squad is packed with different references, cameos, Easter eggs, and secret details that give the movie its depth. Equipping it with blistering hot action, humoristic shocks, and unimaginable levels of gore, James Gunn managed to make one of the most entertaining comic book films ever made. However, one scene of the movie pops out, with all its colorful flowers and unicorns mixed with blood, paying tribute to a long-forgotten video game made by Gunn himself.

According to IGN, James Gunn discussed the filmmaking process and his creative vision for The Suicide Squad movie, revealing that he drew the inspiration for Harley Quinn’s escape/hallway fight scene from 2012’s hack-and-slash video game Lollipop Chainsaw, which he helped develop. The director explained that he used the game’s unique style as a reference to create the colorful but gory “Harley-vision” for the escape/fight sequence.

Admittedly, the video game reference was present in the very first draft of The Suicide Squad script, and Gunn decided to keep the reference throughout the production. However, the resulting scene stands out from the rest of the film due to explosions of bright flowers mixed with the blood of Harley’s victims, as she violently hacks, slashes, shoots, and stabs everything between her and the exit door of a heavily fortified fortress. A memorable scene, to be sure, and the one that both pays homage to a 2012 video game and Harley’s violent insanity.

With that said, the appearance of Harley Quinn, portrayed by Australian actress Margot Robbie, defines The Suicide Squad as a record-breaking movie in the DC Extended Universe (DCEU) due to the character’s natural progression throughout the movies. Despite being more appropriately dressed and seemingly less of a loose cannon, Joker’s now-ex broad is the same old Harley from the 2016’s Suicide Squad. However, it would seem that she managed to overcome her “emotional issues” regarding Mr. J, which were the cause of many problems in 2020’s Birds of Prey.

It’s worth noting that Birds of Prey featured a scene similar to the “Harley-vision” scene, which was also saturated with colors and glitter, though significantly less gore, in which Harley attacked a police station. Still, the “Harley-vision” scene from The Suicide Squad gave Harley Quinn her own two minutes to shine and made the entire movie into the best DC movie in decades. Credits where credits are due: James Gunn’s Lollipop Chainsaw video game reference was definitely a good recipe that gave the fandom insight into Harley Quinn’s mind.

Lollipop Chainsaw is a hack-and-slash video game developed by a video game designer Suda51 and filmmaker James Gunn, in which the players assume the role of Juliet, a zombie-slaying cheerleader, as she fights through hordes of zombies. Like Harley’s escape scene from The Suicide Squad, Juliet’s attacks have colorful rainbows, coins, and medals flying around, as she wastes no time helping zombies go to rest. Admittedly, the game received average reviews on the western market but was an absolute hit in Japan. Anyone eager for some more Harley-vision action will most likely enjoy James Gunn’s gaming gem from the past. 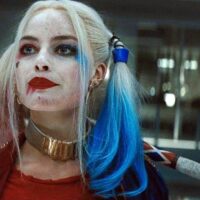 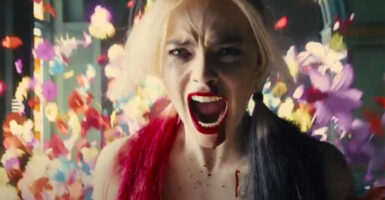 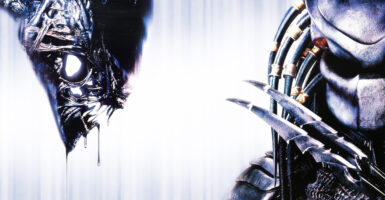 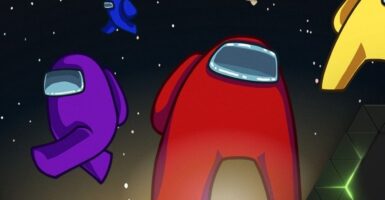 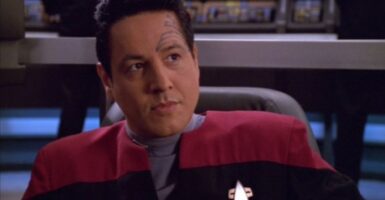