Fans of the sci-fi comedy series The Orville have been waiting some time now for the third season of the show. Thanks to the new series home Hulu, fans have been given a glimpse of what is to come in the show’s third season. This came in the form of a 4-minute sneak peek clip of a gargantuan space battle. The action-riddled clip is enough to get even the most casual of fans excited for the show’s revival.

In the video below, the show’s titular spacecraft USS-Orville is under heavy attack. Throughout the majority of the video, the audience’s gaze is honed in on a young crew member of The Orville running for safety, before coming across a less than friendly robotic antagonist. From here on in the video segways into a simple series introduction of key cast members. You have to check this out:

Fans of the show have been waiting some time for the show’s third season to come around. The Orville initially aired on Fox for its first two seasons, but a move to Hulu was made for its third run. This announcement came in 2019 and several delays in filming as a result of the pandemic have pushed the release of the third season, dubbed New Horizons, multiple times. Just a few months ago, the first image released of the new series featured a release date of March tenth of this year. The above video represents somewhat of a peace offering to fans, as it confirms yet another delay to the release of season three. The Orville: New Horizons will now come to Hulu on June 2nd of this year.

The Orville series creator and leading star Seth MacFarlane tweeted to fans to apologize for this delay in relation to the video reveal. When the show does finally return to people’s screens, it will be just over three years since it last aired. This series of delays, release dates, and postponements is somewhat reflective of The Orville’s mixed response from fans and critics over the years.

Season 1 of The Orville has a lowly Rotten Tomatoes score of 30% per fifty-four critic reviews. Season 2 of the show faired far better, boasting a 100% score on the well-renowned film rating site. However, across both seasons the show boasted a particularly high audience score, which will be good news for Hulu.

Speaking to Deadline, head of scripted development at Hulu, Jordan Helman, had this to say about The Orville: “The future of the show remains an open conversation and there have been no conversations otherwise. I believe the fans of the show that are coming to us from Fox will be deeply excited and satiated. I also think for new fans that maybe didn’t experience it, it will feel new to them.”

The science-fiction comedy owes its existence to the likes of Star Trek, which The Orville pays homage to, albeit with a comedic twist. However, if this sneak peek is anything to go by, The Orville: New Horizons looks able to pack every bit the same dramatic punch as the original Star Trek. If anything, the four minutes of footage released to Youtube don’t resemble comedy at all. Instead, fans are privy to action and haunting drama. That being said, if the comedy of this new season is anywhere close to matching the drama of the sneak peek, then The Orville: New Horizons will be well worth the wait for long-standing fans and newcomers alike. 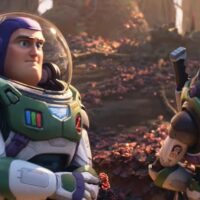 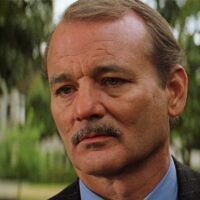 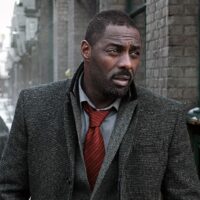