Steven Spielberg has such a crazy-long resume of classic movies that you’d be remiss to name all of the hits in one sitting. There are just too many great ones on there. If you wanted to rattle off some beloved and classic ones you might say Saving Private Ryan, Indiana Jones, Jurassic Park, or Jaws, and those would all be great ones. But one of his other awesome films, one that might not be at the top of your list, was just added to streaming. The BFG is now available on Netflix as a family-friendly watch that was overlooked just a few years ago.

The BFG is one of Steven Spielberg’s only forays into the motion-capture world of movie directing. Based on the Roald Dahl book of the same name, the movie is part reality, part fantasy with the action straddling the line between the two. It’s a much different film than what we are used to seeing from the director, but the gambles pay off in a visually stunning and excellent adaptation of the book.

The movie follows the character Sophie (Ruby Barnhill) an imaginative and quiet bookworm who is often the last one up in her London orphanage. One night she is ferried away by the titular giant back to his home in Dream World. It’s there that she learns about the existence of giants, a whole race of them that have been living in secret just outside the eye of humans. But some of them are man-eaters and mean to do humans harm. Steven Spielberg is able to take the BFG, an old and somewhat off-putting giant, and humanize him in a way that makes you think of the elderly and kind. Here, check out the trailer for The BFG

Sophie and the BFG have a number of adventures but are mostly tasked with ensuring the good giants are allowed to continue their existence while finding a way to run off the oafish and evil people-eaters. It begins a visual romp through this Dreamworld that Steven Spielberg pulls out all the stops for. Dahl’s descriptions and imagination leap off the page and onto the screen. Though we have little in the way of actual people in the film besides Sophie, the intermingling of the two worlds more than works.

Steven Spielberg has had the gift for making movies that appeal to large audiences, deeply human films that often have a larger backdrop. It’s no different here with The BFG. Though very much a “kid’s” film, it really plays to all ages in its message and story. It performed solidly with critics, sitting at 74% on Rotten Tomatoes and 66 Metacritic. Is it in the pantheon of great Steven Spielberg films? No, but these are solid numbers with critics loving the visual set pieces, seeing that the imaginative recreating of the world was at the forefront of the movie-making process.

If it fell down anywhere it’s in the larger story not carrying enough overall weight. Maybe Steven Spielberg can be forgiven for that, adapting the source material, but it’s more a nitpick than anything else.

Where The BFG really diverges from other Steven Spielberg movies is the performance at the box office. There’s no other way to slice it, the film was a massive disappointment on this front. With a budget of a whopping $140 million, it managed only $195 million in ticket sales. You might think that $50 million in profit is a big win. Not in Hollywood standards. That kind of take for the budget on a Spielberg film is nothing short of a massive disaster.

It would be nice to see The BFG  have something of a renaissance on Netflix. The film deserved better than the flak it caught for the box office disappointment. It’s a family film through and through.

Next up for Steven Spielberg is a much-anticipated remake of West Side Story. The director clearly isn’t known for doing musicals, but this one could be a smash based on the cast and some of the collaboration they’ve done on the film. And he’s also in pre-production on The Kidnapping of Edgar Mortara, a period piece about a young Jewish growing up in Italy. 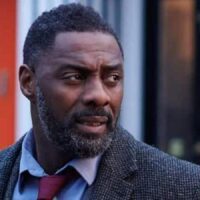