At this point, it’s expected that a Pixar film will make you cry. For over two decades, Pixar has touched souls with plastic toys, trash robots, and rat chefs. There’s nothing Pixar can’t make an emotional topic.

Yet the films of Pete Docter – now the chief creative officer at Pixar – strive for something much deeper. In Up, Docter showed how life can fly by in the blink of an eye with a bravura sequence that captured a couple’s time together in just a few short minutes. With Inside Out, Docter gave us the fundamental emotional building blocks that make us who we are, and the core memories and moments that set the groundwork for who we will become. In his fourth film with the studio, Soul, Docter digs into the simplistic joys that we should cherish every day, and the passions and beauty of the world that make life worth living.

Docter does this through Joe Gardner (Jamie Foxx), the first Black lead in a Pixar film. Gardner is a middle school band teacher who longs to be a jazz musician. While his mother Libba (Phylicia Rashad) thinks he should focus on his dependable school job, teaching unenthusiastic children, Gardner wants to play in clubs and show off his talents at the piano. Gardner’s dreams seem to come true when an old student, Curley (Ahmir-Khalib “Questlove” Thompson) invites him to sit in with the great jazz saxophonist Dorothea Williams (Angela Bassett). During the audition, Gardner nails it, finally finding his place in the world. Then, he steps directly into an open manhole and dies.

Joe Gardner’s soul heads to The Great Beyond, but as he states, he’s “not dying today when my life just started.” He ends up in The Great Before, a place where souls go to find the “spark” that makes them ready for Earth. This spark can be anything, like a passion for cooking, an interest in science, or a love of basketball. While trying to find a way back to his body, Gardner is assigned a “soul mate,” known as 22 (Tina Fey), who he must help find its spark. 22 has had all sorts of previous mentors, like Abraham Lincoln, Mother Teresa, and Gandhi, and she’s exhausted them all. With the help of 22, Gardner tries to get back to Earth to achieve his life’s dream of becoming a notable jazz musician, before he loses his opportunity, or worse, his soul moves to The Great Beyond.

Music has always been integral to Pixar films, starting with Randy Newman’s almost narrator-like songs in Toy Story, to Michael Giacchino’s perfectly pitched scores, and recently, the focus on Mexican genres in 2017’s Coco that was essential to that film’s story. In Soul, music is extremely important, as we need to see it as Joe Gardner’s reason for living, his literal soul’s purpose. In doing this, Docter has brought in The Late Show with Stephen Colbert bandleader and musical director Jon Batiste to create Joe’s transcendent compositions, while The Social Network composers Trent Reznor and Atticus Ross create a playful and exciting score that elevates all of the action on screen.

Pretty much every Pixar film has focused on dual performances with conflicting goals, from Buzz and Woody in the original Toy Story, to Ian and Barley differing ways of achieving the same conclusion in this year’s Onward. Yet nowhere in the Pixar canon have the two leads been as intertwined as they are in the case of Joe and 22. Both are teaching each other new ways to explore life, whether it’s finding the enjoyment in the small things, or how the grand scope of the world is exhilarating and full of wonder.

In doing this, Jamie Foxx is fantastic as Joe Gardner. Foxx plays Gardner as a man who has been beaten down by the world, yet still holds a glimmer of hope that his dreams can come true, all of which can be heard clearly in Foxx’s understated and layered vocal performance. His knack for teaching shows how invigorated he still is by the world when helping Tina Fey’s 22. Early on, 22 points out that the voice she chooses can be somewhat irritating, and while that’s not entirely true here, Fey gets some great opportunities to present nuanced emotions near the film’s conclusion.

Foxx and Fey are joined by a hilarious group of side characters, including Alice Braga and Richard Ayoade, both as soul instructors who go by the name “Jerry,” and Rachel House as Terry, who is trying to get Joe back to The Great Beyond, and a quick but funny appearance by Hamilton’s Daveed Diggs. Yet the real standout in this cast is Graham Norton as Moonwind, a hippie who helps guide wayward souls on their journey. Moonwind is by far the most extreme character in this world, but Norton’s performance is a burst of comedy and weirdness in a film that could possibly get too depressing at times.

But the true star of Soul is Pete Docter, who has crafted a vibrant, ever-changing world, while also making our world look just as magical and full of possibilities. In terms of animation style and tone, Soul is the spiritual successor – no pun intended – to Docter’s last film, 2015’s Inside Out.

Yet Soul’s screenplay, co-written by Docter, alongside Kemp Powers and Mike Jones, is what makes Pixar’s latest so special. Like Inside Out, Docter takes his concept and goes deep in on it. For example, Docter explains how easily becoming obsessed with something and being “in the zone” can lead to becoming a lost soul, or he will explore how souls find their reason for living. These would be heady topics in any film, but as a major focal point of Disney’s biggest animated film of the year, it is daring, bold, and a fascinating step for the studio.

Soul is Pixar’s best original concept in years, and cements Pete Docter as the finest filmmaker in Pixar’s impressive roster. Soul is a confident and audacious film from Pixar, one that could truly be life-changing, and inspires the viewer to enjoy every day that they’re given. Soul isn’t just a reminder of Pixar at the peak of the studio’s talents, it’s also one of the best films of the year. 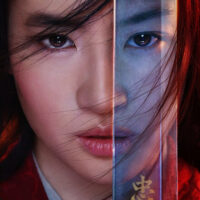 Exclusive: Mulan 2 Is In The Works At Disney