Halloween is a great holiday for dressing up however you want to. Actors are a group who probably love dressing up since they do it all the time. However, they don’t normally get to pick their costumes, making the holiday a creative treat. Reese Witherspoon went all out this year, bringing in help to get her the perfect costume for a fan of classic Hitchcock movies.

Check out Reese Witherspoon in her costume below.

In the caption, Reese Witherspoon asked fans to guess what movie she’s dressed up from. With the birds attached to her dress, a lot of people are likely going to be able to guess without help. However, if they can’t, she threw in a picture at the very last second to give the answer away. The frame flashes with the movie cover for the 1963 Alfred Hitchcock classic, The Birds.

This movie, and probably the 1960 classic Psycho, are two of the famous director’s biggest hits, making Reese Witherspoon’s costume fairly recognizable for Hitchcock fans. Still, the image flashes quickly. You can see the movie cover featuring Tippi Hedren as Melanie Daniels in The Birds below to get a better look at how close Witherspoon got with her costume this year.

Reese Witherspoon is dressed as Melanie Daniels, a socialite from San Francisco. She begins dating a man from a small town in Northern California. When she visits the town, she discovers bizarre things there when the birds begin to attack. The movie is an early example of a natural horror thriller, where something that should be a mundane part of the everyday becomes sinister.

Before sharing her costume for this year, Reese Witherspoon revisited some of her get-ups from the past. The actress has always been a fan of going all out for the holiday. Below, she starts off by showing her iconic Playboy bunny costume from Legally Blonde. She’s wearing the ears and holding up the rest of the costume. In the movie, her character is attending Harvard University. Her classmate, who doesn’t like her, invites her to a party. The mean woman lies and tells Witherspoon’s character that it’s a costume party. Wanting to fit in, Reese Witherspoon’s character goes all out, and then ends up at a serious Harvard Grad School party dressed as a Playboy bunny. You can see the photo she shared recalling this famous scene below.

If you click on the arrow to the right, you can see the other photos are all from Reese Witherspoon’s private Halloween past. Clearly, she’s a fan of the pun costumes. First up she is an “appealing banana”. She’s shown dressed as a mummy with her son as a vampire. Another year, she’s shown embracing the Reese’s candy element of her name.

When she isn’t having an excellent Halloween, Reese Witherspoon is working as an actress and producer. She recently sold her production company, Hello Sunshine, for approximately $900 million. Currently, she’s filming a romantic comedy with Ashton Kutcher. 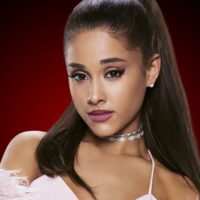