Reading Rainbow Is Getting A Reboot Without LeVar Burton

For over two decades, from 1983 to 2006, LeVar Burton hosted the award winning PBS children’s TV show Reading Rainbow. The good news is that Reading Rainbow is on its way back. The bad news for Burton fans is that the show’s former host won’t be there for the revival.

LeVar Burton’s absence won’t be the only significant difference between the original series and the reboot. As reported by The Wrap, the new series will be Reading Rainbow Live and rather than a single actor, the new iteration will be hosted by a diverse group of performers, one of whom has yet to be cast. Called “The Rainbows,” together the hosts will give viewers “original music, dance parties, field trips, cultural explorations, investigations of the natural world – and of course, the book of the day.”

Probably the biggest difference between Reading Rainbow Live and the original is interactivity. Producers say that through the platform Looped, viewers will be able to interact with the performers. They gave the example of children being able to ask the performers questions as well as being quizzed by the actors. They’ll also be able to play games with the people on the screen and perhaps even be featured “on stage” in an episode. Also, while the show is — as the revamped title suggests — live, episodes will be available to stream later if you miss the live broadcast.

Reading Rainbow Live creative director Amy Guglielmo told CBS News (via Book Riot) that the revived series was developed specifically as a life-preserver to parents struggling with their kids facing less time in school because of the COVID-19 pandemic. “We know it was a tough pandemic for parents, for caregivers, for teachers,” Guglielmo said. “We wanted to make sure that we have kids engaging with books and we’re going to use movement and music to engage kids in learning.” She also punctuated that diversity is high on Reading Rainbow Live‘s priority list, and that it will offer “diverse creators, authors, illustrators, settings.”

As far as why LeVar Burton isn’t a part of Reading Rainbow Live, we can only speculate but there are a likely a number of factors. Burton is probably pretty busy these days. While the former Star Trek: The Next Generation actor’s bid to become the next host of Jeopardy! didn’t pan out, last month it was announced Burton would both host and executive produce the upcoming Trivial Pursuit game show.

But what may be a greater factor in LeVar Burton’s absence in Reading Rainbow Live is a legal battle that erupted five years ago between Burton and Reading Rainbow brand owner — PBS Affiliate WNED. As recounted by License Global, WNED filed suit against Burton in 2016, claiming it had not given Burton permission for his Kickstarter campaign to get Reading Rainbow into more classrooms. They also accused Burton of using Reading Rainbow branding for his LeVar Burton Reads podcast as well as digital episodes produced by the actor’s RRKidz company (which has since been renamed LeVar Burton Kids). According to Vulture, WNED and Burton settled out of court in 2017.

Regardless of why LeVar Burton isn’t a part of Reading Rainbow Live, it’s doubtful he will stop being associated with the franchise any time soon. The actor’s work on Reading Rainbow will be celebrated soon in the Butterfly in the Sky documentary. He also hosts a book club for adult readers on the reading platform Fable. 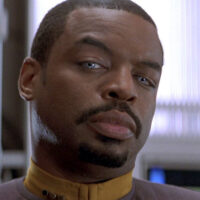 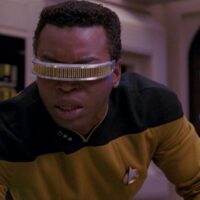 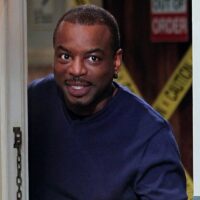 LeVar Burton Is Making An Unexpected Return To A Major Franchise