If you had told Dwight K. Schrute that he, at some point, would have a chance to join one of the great fantasy writers of our time for a television show, the not-so-humble beat farmer and paper salesman would haven’t been able to believe it. A fanboy through and through, Schrute would have reveled in the opportunity. Well now, Rainn Wilson who played the character all of these years will now have that chance. According to Deadline, Wilson is joining the cast of AMC’s Dark Winds which has Song of Ice and Fire series author George R.R. Martin on as an executive producer.

At this point, Dark Winds is shaping up to be a psychological police thriller with Zahn McClarnon (Doctor Sleep) and Kiowa Gordon (Roswell) in the lead. They will play Joe Leaphorn and Jim Chee respectively. Based on the book series Dark Winds by Tony Hillerman, the show will follow the two characters in a Western noir-style series. The series deals with the Navajo Tribal Police in Arizona. Rainn Wilson is set to play Devoted Dan, a proclaimed devout Christian who is also a used car salesman and all-around shady dude. This could be a bit of a darker turn for Wilson.

Of course, no matter who Rainn Wilson plays here, the excitement would have come in some part from joining anything George R.R. Martin was involved in. Remember, his Dwight Schrute character famously was “fluent” in Dothraki, the language presented in HBO’s Game of Thrones, the adaptation of Martin’s book series. Though the latter has begun distancing himself with the fate of that show, the throughlines would have been exciting enough. The executive producer is Robert Redford who has tried to adapt Dark Winds before though that 1991 movie had a myriad of issues. Graham Roland (Tom Clancy’s Jack Ryan) is on as series creator and showrunner. It will air for six episodes.

Rainn Wilson and company will bring Dark Winds to AMC sometime in 2022 for its six episodes. There is some chance this series leads to a bigger order especially considering there is plenty of source material with Hillerman’s books. There are 18 books total in the series all revolving around Chee and Leaphorn’s characters.

As for Rainn Wilson, he has been plenty busy since The Office wrapped up its final season all the way back in 2013. He led a series of his own Backstrom on Fox. The show lasted only one season though with Wilson starring as the titular Backstrom, a detective in a special crimes unit. It wasn’t a perfect fit for the talented Wilson’s dark comedic skills. He would follow it up with all manner of series cameos and guest stars over the years including Amazon’s Utopia and HBOs Room 104 with the Duplass Brothers.

This role for Rainn Wilson will mark one of his higher-profile ones in the last few years. And based on the subject matter and the possible grim tone of the series, this could play really well with what Wilson does really well: a comedic styling with something of a dark side. 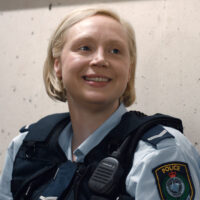