It has been nearly twelve years since we lost an icon, Patrick Swayze, to pancreatic cancer. Before that sad time, Swayze was a living legend, having starred in many box office hits. One of those hits, Ghost, can now be seen for free on YouTube Movies.

Ghost tells the story of Sam Wheat (Patrick Swayze) and his girlfriend Molly (played famously by Demi Moore). They are renovating an apartment to move into with the help of Sam’s friend and co-worker Carl (Tony Goldwyn). One day, Sam tells Carl about a few bank accounts he’s discovered that have unusually high balances. Sam turns down Carl’s offer to help investigate more, choosing to follow up on it by his lonesome. But that night, Sam and Molly are attacked by a mugger, who shoots and kills Sam. When Sam sees Molly huddled over a body, he realizes that he is seeing himself dead and that he is now a ghost.

Patrick Swayze, unable to speak with Molly, appears at their apartment. Carl arrives in an attempt to get Molly out of the apartment, which he does, taking her on a walk. As they leave, the mugger enters the apartment looking for something. When Molly returns alone, Sam is able to get their cat to attack the mugger, causing him to flee.

Patrick Swayze follows the mugger, Willie, to his apartment, where he discovers that Willie was sent by an unknown person. Trying to piece together the puzzle, Sam stumbles onto Oda Mae Brown (a gem of a performance by Whoopi Goldberg), who claims to be a psychic but is a charlatan out for money. Imagine her shock when she is able to hear Sam.

The pair reluctantly team up to get to the bottom of the mystery. Sam convinces Oda Mae to reach out to Molly to tell her she is in danger. Molly is skeptical at the start but is finally convinced when Oda Mae is able to tell her things that only Sam would know.

Sam decides to follow Carl and is devastated when he learns that not only is Carl laundering money but that Willie is working for Carl. Now Sam knows the reason why he was killed. The heartbreak that shines through with Patrick Swayze in these scenes is palatable.

The race is now on to stop Carl from taking Molly’s life. Sam uses Oda Mae in this effort, which puts her life in danger as well. Both Carl and Willie must pay and when those shadowy beastly demons from Hell arrive, payback is received. Though it is more a cerebral film, Patrick Swayze is able to really dial up the emotion here as a man gutted from having his life taken.

Jerry Zucker directed the film and you can count Ghost screenwriter Bruce Joel Rubin as being quite skeptical of the move. At the time, Zucker was known for the crazy screwball movies like Airplane!, Top Secret!, and The Naked Gun: From the Files of Police Squad! (which starred another movie legend, Leslie Nielsen, as Frank Drebin) as well. The TV series The Naked Gun was based upon, Police Squad!, so bringing in a director with that background didn’t make sense to Rubin. Plus, Ghost was to be Zucker’s first solo attempt at directing, his other works were co-directed with Jim Abrahams and Jerry’s brother, David.

Zucker was able to put Rubin’s fear to rest quickly after the two met and discussed the film. While Rubin’s initial draft was a much darker tale, Zucker was able to lean on his comedic background to inject some well-needed humor into the script.

When released, the movie was an instant hit, though quite unexpected. Paramount gave Zucker and company $22 million to make the movie and in total, the film brought back close to $506 million at the box office.

The balance between romance, humor, and thrills hit home for critics and audiences alike. The movie was noted for one of the most romantic scenes ever put on film, the pottery wheel scene between Swayze and Moore that was perfectly set to the Righteous Brothers Unchained Melody. The scene has often been referred to as one of the most iconic scenes of ‘90s cinema.

Ghost represents one of the many highlights of a truly remarkable career for Patrick Swayze. His first movie was the 1979 film Skatetown, USA and from there, his career only went up. He then appeared in The Outsiders, Uncommon Valor, Red Dawn, and Youngblood before he jumped into the stratosphere with Dirty Dancing.

After that performance, Patrick Swayze continued to climb with movies such as Road House, Next of Kin, Point Break, and grabbed his third Golden Globe nomination as a drag queen in To Wong Foo, Thanks for Everything! Julie Newmar. Who could forget the 1990 skit where Patrick Swayze faced off against Chris Farley on Saturday Night Live in competition against each other to become the final Chippendale dancer? We can’t.

Patrick Swayze died too young but left an amazing legacy. His performance in Ghost is just one and now you can head on over to YouTube Movies and catch it for free. Like his character Sam in Ghost, we’ll even give you some assistance. 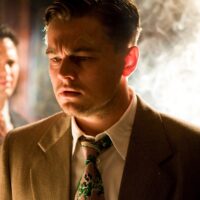 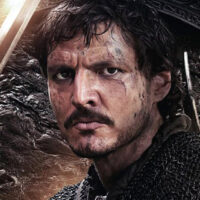 A Pedro Pascal Movie Is Dominating On Streaming 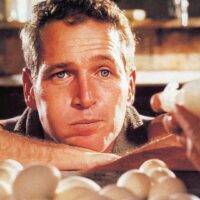