By Michileen Martin | 3 mins ago

Now that William Shatner has finally made his historic journey into space, social media is busy talking about someone completely different. With Shatner going where no other Star Trek captain has gone before, the Internet is done talking about Shatner and is focusing on the campaign to get Sir Patrick Stewart to do exactly what he did in 1987 with Star Trek: The Next Generation — to follow in Shatner’s footsteps.

That’s right–Twitter wants Patrick Stewart to go into space, and social media is handling it in all the usual ways: with passion, humor, genuinely hilarious confusion, and of course plenty of gifs.

The campaigning to get Patrick Stewart into space started in some cases before NS-18 even launched, but by early afternoon it was in full swing.

Some fans don’t seem to trust Blue Origin or Jeff Bezos to help get Patrick Stewart into orbit, so they tried a different strategy. The other members of the Billionaire Space Race — Elon Musk and Richard Branson — were practically buried under requests to get Captain Picard on board their ships.

While Sir Patrick Stewart seems to be Twitter’s top choice for the next celebrity in space, he’s not the only one. Plenty of fans nominated both Stewart and one or more other actors. Alternate candidates included Mark Hamill, Harrison Ford, and Avery Brooks (Star Trek: Deep Space Nine).

Maybe the funniest part about Patrick Stewart’s name trending is that users actually believed it was because Stewart and Jeff Bezos were the same person. It started off as a joke, with some users posting pictures of Jeff Bezos welcoming William Shatner back to Earth and joking that it was great how Patrick Stewart was there to say hi.

Being a fan of Patrick Stewart, however, doesn’t automatically make you part of the crowd trying to get him into orbit. At least one Twitter user feels the actor is far too precious to risk on a spaceflight. Which, of course, raises the question of how they feel about Shatner.

And there are those who feel that Sir Patrick Stewart’s greatness is not measured in trips into space, but lobster costumes.

There were finally many fans who were more than a little worried when they saw Patrick Stewart’s name trending. After all, while he’s still nearly a decade younger than Shatner, Stewart turned 81 this year and there are definitely — as his signature character says in 1994’s Star Trek: Generations — “fewer days ahead than there are behind.” So there were plenty of fans either breathing big sighs of relief or just plain angry over their concern.

Whether or not we ever get to see Sir Patrick Stewart go into space for real, we can still see him travel through make believe space. Stewart’s series Star Trek: Picard returns for its second season on Paramount+ in February 2022. 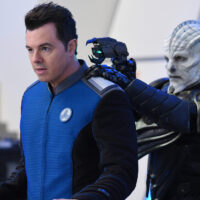 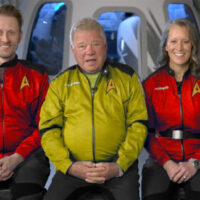 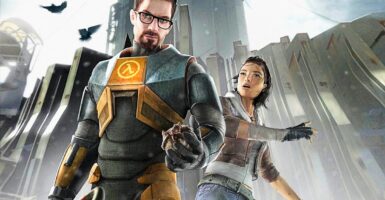 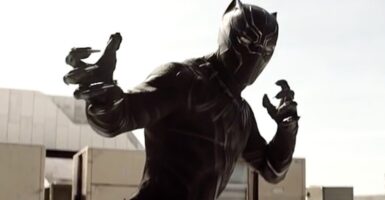