Olivia Newton-John recently passed away, leaving the cinema world in mourning. However, she is being honored by her best film returning to theaters.

Very few celebrities seem to leave lasting impressions like talented singers and actors tend to do. Somehow, many of these skillful artists find ways to speak to the souls of their fans and build trust among audiences looking to escape for just a few moments. One of those talents was Olivia Newton-John, a multi-talented performer who sadly passed away on August 8th from a long battle with cancer. An activist and singer her entire life, Olivia Newton-John left a legacy of performances that embody her spirit and flair. Now, it appears that her best and the most well-known movie is returning to theaters for audiences to enjoy once again.

According to a report by Deadline, Grease will be returning to AMC Theaters exclusively to honor the career of Olivia Newton-John. The actor starred in the 1978 movie musical alongside friends John Travolta, Stockard Channing, Jeff Conaway, Didi Conn, Lorenzo Lamas, Eve Arden, and Sid Caesar. Newton-John played Sandy Olsson to Travolta’s Danny Zuko in roles that helped solidify both actors’ film resumes making them breakout stars of the 1970s. Travolta and Newton-John would go on to costar again in 1983’s Two of a Kind, although Grease tends to be the movie most watched by their fans. Largely quoted and viewed on television in recent years, this is the first time in a long time that Grease will have its day on the big screen.

The move by AMC Theaters to show Grease in their theaters across the United States is a love letter to an actor that left behind a slew of great performances and hit songs. According to People, AMC CEO Aaron Adam is promoting the return of Grease to their theaters by selling tickets for $5 per person, with a percentage of the proceeds going towards breast cancer research through the company’s AMC Cares charity. Specifically, Adam notes that $1 out of every ticket sold for Grease at their more than 135 theaters throughout the country will go to the cause. The intent is to memorialize Olivia Newton-John’s gift to film and the appreciation from audiences that saw the singer experience hardship throughout her cancer battle.

Grease debuted in theaters in 1978 to a box office gross of over $366 million against a budget of $6 million. Wildly successful at the time, the movie spawned a sequel starring Michelle Pfeiffer and a soundtrack that became one of the decade’s top-selling albums. Olivia Newton-John’s song, “Hopelessly Devoted to You,” was nominated for the Academy Award for Best Original Song but lost to the Donna Summer hit “Last Dance” from the movie Thank God It’s Friday. Rotten Tomatoes currently ranks Grease as Certified Fresh with a 76% on its Tomatometer and an 87% on its Audience Score. The beloved film based on the Broadway musical of the same name became the Australian Newton-John’s best-known work, prompting a film and television career that included the musical fantasy epic Xanadu, as well as stints as a guest judge on VH1’s popular reality competition series RuPaul’s Drag Race. 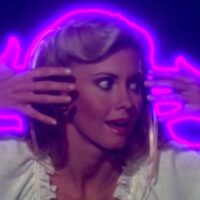