We’ve seen a renaissance in quality science fiction programming in recent years. Right at the start of that revitalization we got writer/producer Ronald D. Moore’s reboot of Battlestar Galactica. Over fifteen years later, it’s still one of the best. So they’re bringing it back.

While other productions have stalled due to the global pandemic, a new Battlestar Galactica is now moving full steam ahead. They’ve hired their showrunner (more on that later) and they are racing towards production.

When NBCUniversal first announced a re-reboot of the highly praised series on the Peacock, their new streaming service, not all fans were on board. Then word came out that the new Battlestar Galactica wasn’t officially a reboot of the Ronald Moore series, well not in the traditional sense.

SHOWRUNNER HAS ABANDONED THE SERIES

Some bad news for the Battlestar Galactica reboot. Showrunner Michael Lesslie has left the series and will be working on the Hulu adaptation of Maddaddam, the novel from The Handmaid’s Tale author Margaret Atwood. Exactly what this means for the entirety of the reboot is unclear. Will Sam Esmail step in and pull double duty as an executive producer and showrunner? Or will he try and tap someone else on the project as the showrunner? It’s definitely not a good sign for the show. Hopefully, we can hear an update soon.

Executive producer Sam Esmail has revealed that the plan for Battlestar Galactica will involve some exciting experimentation with how episodes get released. Instead of dropping all the episodes at once or releasing them once a week, Esmail said, “We may dump three episodes in a row because it’s a three-episode-long battle sequence that needs to be dropped in a row even though they’re three signifying chapters, and maybe each chapter is switching a point of view within that battle sequence. There may be a 20-minute episode that’s the backstory of one of the characters that gets dropped right after that.”

It sounds like this could be a very different release model than we have seen before with television series. Just another reason to be excited for this new show.

THE STORY HAS BEEN OUTLINED

The latest update on the Battlestar Galactica reboot comes from NBC exec Bill McGoldrick who told the Trades, “I have seen an outline that we’re excited about… It’s obviously a big undertaking and we’re aware of the importance of that IP and we’re being pretty deliberate but it’s progressing nicely.”

It sounds like the new Battlestar Galactica show continues to move forward at NBC and that they’re trying to do it right. McGoldrick says that making a new Battlestar “comes with a great deal of responsibility” and that the network and the creatives involved “want to do it great service”.

WHAT IS THIS NEW BATTLESTAR GALACTICA?

Sam Esmail, creator of the wonderful series Mr. Robot, is taking on the task of bringing the new Battlestar Galactica to life. But Esmail has a different approach to this project, one he actually spoke to Ronald D. Moore about.

“Sam called me and was very gracious, he didn’t pitch me the story so I don’t know. But he said his plans and he wasn’t going to re-start the show and recast it but he wanted to do something in the same universe. Sam’s amazing and I love ‘Mr. Robot.’ I was like, you know, ‘You’re an amazing guy and amazing writer, go with god!’” Moore told Variety.

Is the new Battlestar Galactica a reboot? A reimaging? According to Esmail, it is neither. Per his own tweet, “BSG fans, this will NOT be a remake of the amazing series @RonDMoore launched because… why mess with perfection? Instead, we’ll explore a new story within the mythology while staying true to the spirit of Battlestar. So say we all!”

Esmail’s statement could have many connotations. Is this same mythology set right after the ending of Moore’s Galactica? Will it run the same timeframe? Esmail has since offered no answers or other indications as to how he plans to proceed.

THE PEOPLE IN CHARGE OF THE NEW BATTLESTAR

Sam Esmail is in charge. He has signed on as an Executive Producer as has his frequent producing partner Chad Hamilton (Mr. Robot).

Esmail is best known as the creator of the acclaimed series Mr. Robot. He’s written three scripts that ended up on Hollywood’s Black List. The Black List is an annual list of the best unproduced movie scripts in the industry.

Esmail has just hired Michael Lesslie to be the new Battlestar Galactica’s showrunner. He’ll handle the day to day duties of making the show, writing episodes as well as directing them. Lesslie is currently best known for his work on the TV series Little Drummer Girl. He’s also written and produced several adaptations of Shakespeare’s work for the screen. That Shakespearean background should be a perfect fit with the dramatic world of the new Battlestar Galactica.

Michael Lesslie had this to say about working on the new BSG: “I am beyond excited to be taking on this iconic and inspirational show. As a lifelong devotee, I know that the possibilities of Battlestar Galactica’s world are infinite and that each iteration has raised the bar for epic and intelligent sci-fi storytelling. The teams at Esmail Corp, UCP and Peacock are second to none, and I already know that we are going to honour Glen A Larson and Ronald D Moore’s landmark series and break new boundaries with our own vision. It’s a dream come true – one I just can’t wait to share with fans, new and old alike. So say we all.”

So say we all!

Even though this new Battlestar Galactica is not a remake or a reboot, adon’t expect to see Edward James Olmos (American Me, Blade Runner 2049) make an appearance. Don’t expect Mary McDonnell (Dances With Wolves) to return. And don’t expect Tricia Helfer (Finding Christmas, Lucifer) to reappear as Number Six .

Tricia Helfer’s reaction to the announcement of the new Battlestar series was less than enthusiastic as she explained to Collider, “When this one came along with Sam (Esmail), who’s brilliant, right? It did feel a little like a punch to the gut.”

Helfer also said that there had been a text chain going on among the 2004 cast and that they were also taken by surprise at this announcement. Back in 2018 Moore also said he didn’t want it to be rebooted, he saw it as a five-year run and it was complete.

Tricia Helfer now concludes, “Right from his mouth he said no. So we cut to a year later, and we hear this news in the press that Sam (Esmail) talked to Ron, and they talked it over, and Ron gave him his blessing. Who am I to poo-poo it?”

As this is in its very early stages, there have been no announcements as to who will star in the new Battlestar Galactica series.

WHAT THE NEW BSG IS ABOUT

If you’re unfamiliar with how BSG ended its run, it was revealed that they were living in a cyclical universe. This meant that every few thousand years, the same events repeated. So Moore’s Battlestar Galactica was actually a sequel to the 1978 Battlestar Galactica TV series starring Lorne Greene, Richard Hatch, and Dirk Benedict. This cyclical nature could be what Esmail is referring to by exploring the mythology, it’s his new crews turn to live the cycle.

It’s also possible that Esmail could be speaking literally, and his new show will be a full on spinoff in the same universe in the same time period. We don’t really know what else was happening out there in the big wide galaxy while the Cylons pursued the Galactica. It’s possible that other ships survived the Cylon attack and perhaps we’ll end up following one of those.

As of yet, there is no premiere date. NBCUniversal’s streaming service, The Peacock, doesn’t even go live until July 15, 2020. With that date still a little way off and no cast, director or writers announced for the new Battlestar, don’t expect a premiere date until mid to late 2021. But as information is given out, we will be here to update you on its progress.

That the movie would be pushing forward now, when the television show is already a lock to hi screens, is pretty odd. Odder still, word is that unlike the TV series the movie WILL be a reboot of the television series.

So while it’s likely the new show will be about different characters in a different part of the universe created by Ronald D. Moore, if these rumors pan out the movie will be about Starbuck, Apollo, and Adama redoing everything we’ve already seen them do. Weird right?

Apparently the claim is that the new Battlestar Galactica movie project is already so far along producers currently working on casting key roles. That means they’re scouting around Hollywood for a new Adama, Starbuck, and Apollo.

Catch Up On The Past

Before the new Battlestar Galactica series arrives you’ll need to catch up on the Ronald Moore version. To do that you used to have to fork over money, but now it’s free.

The SyFy Channel is making all episodes from all four season of the show, the mini-series and even the two made for TV movies are now all available to watch streaming for free. They haven’t said how long it’ll last, but it’s part of an effort on their part to deliver more content to people stuck in their homes due to the Coronavirus.

To watch the Battlestar Galactica series for free just go to SyFy.com Here and hit play. 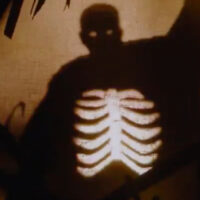 Candyman: All About The Upcoming Horror Remake