The Crown is a dramatization of events taking place in the royal family of the United Kingdom, and streaming giant Netflix has added a warning to trailers for its fifth season, according to Deadline. The summary of the trailer on YouTube now says the show is inspired by historical events and indicates that the drama depicted within is fictional. This move comes after weeks of backlash over the series.

The show is a look into the life of Queen Elizabeth II, starting with her marriage to Prince Philip and moving through significant events and scandals involving the monarchy. The first three seasons of the show cover period between 1947 and 1977, with the fourth season focusing on Princess Diana and her marriage to then-Prince Charles. None of these seasons carry the “fictional” disclaimer.

The fifth season covers some controversial territory, including the divorce between Princess Diana and Charles and the departure of Margaret Thatcher from 10 Downing Street. However, the show has always been under fire from such figures as former Prime Minister John Major, who is depicted in the series, and former Culture Secretary Oliver Dowden. The people who lived the history the show is about have been calling for Netflix to provide a warning disclaiming the show as “fictionalized.”

More recently, British film star Dame Judi Dench had some choice words to say about the show, writing to the U.K.’s The Times newspaper to condemn The Crown as “an inaccurate and hurtful account of history.” Dame Judy Dench has appeared in numerous beloved British shows and movies as well as several films such as The Chronicles of Riddick and the 007 movies. She earned so much acclaim for herself that she wears the “Dame” title, gifted to her by the real-life Crown as recognition for her contribution to British culture.

Netflix has thus far resisted putting a “fictional” tag on The Crown, but current events have created a lot of obstacles for the show. Its subject passed away on September 8, 2022, and the official period of mourning shut down the production of season six for its duration. Season six also includes the death of Princess Diana in a high-speed car crash in 1997, subject matter which many on the crew found disturbing.

Season five is introducing some changes to the cast, including Imelda Staunton as a slightly older Queen Elizabeth II, Elizabeth Debicki as Diana, Princess of Wales, and Dominic West as Charles, Prince of Wales. These roles were formerly played by Olivia Coleman, Emma Corrin, and Josh O’Connor respectively, and represent more mature versions of these historical figures. Actor Johnny Lee Miller is playing former Prime Minister John Major, one of those speaking out about the depiction of events.

The Netflix warning does not yet appear in trailers but has been added to their YouTube posting of the first trailer. Netflix was already advertising the show as fictionalized through other channels, such as social media and the show’s landing page. The highly-anticipated fifth season drops on Netflix on November 9, 2022. 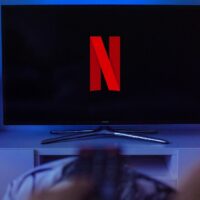 Netflix Is Making A Controversial Change To Its Best Show 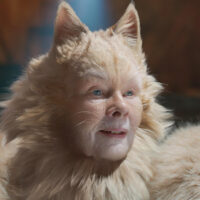 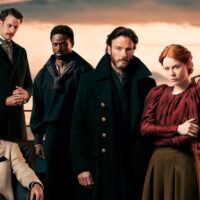 1899 Is Being Accused Of Plagiarism