It’s impossible to deny that true crime fever has been sweeping the nation. Thanks to the popularity of podcasts like My Favorite Murder and movies like Monster: The Jeffrey Dahmer Story, we are getting a constant stream of new true crime content, and it can be difficult to determine what is actually worth your time or not. However, true crime fiends can rest assured that the Hatchet Wielding Hitchhiker documentary on Netflix is high-quality because the film currently boasts a perfect score on Rotten Tomatoes.

If you’re not familiar with the original story, then you might think a title like Hatchet Wielding Hitchhiker means that Netflix is sensationalizing violence (something that is all too common in the world of true crime). However, this documentary focuses on a real murderer known as Kai the Hatchet-Wielding Hitchhiker. And in many ways, the true story of this killer is more chilling than anything you are likely to see in this documentary by Colette Camden.

Before Kai the hatchet-wielding hitchhiker was the focus of a Netflix documentary, he was an early viral star that went big back in 2013. He gave an eyewitness account to a Fox affiliate in Fresno, California, describing how he was hitchhiking one day and caught a ride with Jett Simmons McBride. The driver allegedly hit a pedestrian and attacked her when “Kai” (later revealed to be a man named Caleb Lawrence McGillvary) tried to help her, causing Kai to take out his hatchet and repeatedly strike McBride in the back of the head.

If the story had ended there, Kai would be considered a hero, and his hilarious description of his hatchet use (he described saving the woman by saying he went “smash, smash, sm-ASH”) would be nothing more than a funny internet video. However, the reason that this hatchet-wielding hitchhiker is now the focus of a Netflix true crime documentary is because of what happened later that year. That was when Kai was charged with the murder of New Jersey attorney Joseph Galfy.

To hear Kai tell the story, he was staying with Galfy when the attorney drugged and raped him, causing Kai to kill the man in self-defense. The police, meanwhile, believed this was a fully consensual hookup and that Kai had engaged in an act of premeditated murder. Now, the story of this disgraced hatchet-wielding hitchhiker is streaming on Netflix, though we can already tell you that this story has no happy ending for anyone involved.

Thanks to his viral fame and reputation as a hero, Kai was able to raise a legal fund for his defense, but he had to spend half a decade in jail before his trial even began. Unfortunately, Kai in the courtroom was disrespectful, disorganized, and dedicated to making sudden outbursts, and he ended up getting convicted of first-degree murder and was sentenced to 57 years in prison. His viral video only became more popular after his conviction, and now the Hatchet Wielding Hitchhiker documentary on Netflix delves into more of the man behind the “smash.”

The Hatchet Wielding Hitchhiker series includes important interviews with his family, law enforcement who worked the case, and even Jessob Reisbeck, the man who conducted the original interview with the disgraced viral celeb. 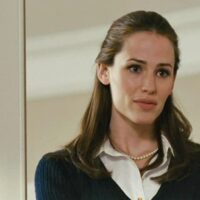 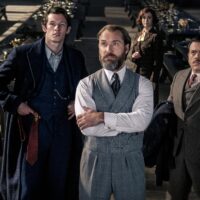