It’s a streamer’s world and we are just living in it. This week, Netflix higher-ups released new Netflix top 10 lists of the most-watched shows and movies on the streamer. In the past, we had been treated to numbers that reflected the number of user accounts who’d enjoyed different movies or programs. And while that was all well and good, it didn’t give a true sense of just how much time folks were actually sitting there with eyeballs on the screen. But with investors continually wanting more detailed reporting around different streaming services, Netflix has decided to begin releasing the number of hours spent watching certain original programming. That’s resulted in new Netflix top 10 lists for the streamer.

During a talk at the Code Conference in Los Angeles, Netflix CEO Ted Sarandos presented a few slides that showed the number of hours spent watching different programs and movies. While they haven’t officially released this on their actual platform, this presentation can serve as a proxy for the new Netflix top 10 rankings. On the series side, Netflix calculates an entire season’s worth of a show or limited series as the overall viewing numbers. In this way, they almost treat the whole season as one long movie when reporting on the number of hours spent watching Netflix. Check out the new Netflix Top 10 series based on performance over the first 28 days on the platform.

Bridgerton is the big winner here in the Netflix top 10 with the fictional period series about Regency Era London and the social courtship scene taking the top mark. Sarandos did let on something interesting during the presentation though, saying this ranking might not stick for long. That’s because the recently-released series Squid Box was performing at such a high level that when its 28-day window was up it could end up vaulting to the top of the worldwide rankings. Could that put it near 700 million viewing hours on the Netflix top 10? It sure looks like it.

Meanwhile, on the Netflix top 10 movie side, there were some familiar names that mirrored some of the previous reporting when Netflix just had these lists by the number of accounts who tuned into a show or program. While the number of total hours doesn’t rival the series, remember that the latter gets the whole run of episodes. These movies are just a one-and-done affair. The Netflix Top 10 for movies looks much like you would expect.

Bird Box topped the Netflix top 10 movie list after the Sandra Bullock-led feature surprised many in 2018. Remember, this was one of the first times a major, A-Lister had taken a big paycheck from a streamer and eschewed a major theater release. It helped usher in a new way to think about what actors and actresses take which roles and basically the landscape has never looked back. This is the new operating procedure for moviemaking. And it’s no shock that Netflix is going to lean into this list for future programming as well. In addition to Bird Box, Chris Hemsworth’s Extraction, Enola Holmes, Army of the Dead, The Old Guard, and Murder Mystery are all getting sequels/ prequels/ spinoffs in the same universe. Based on the Netflix top 10 hours, the streamer knows a good thing (or things) when they have it.

The competition for streaming eyeballs has never been higher with all kinds of platforms popping up over the last few years. There is a programming and catalog arms race happening. But in a rising tides raises all ships idea, it is unlikely that means Netflix sees new programs with fewer hours watched. In fact, it is likely the opposite. With the streaming platforms only growing and legacy networks and the box office losing ground, more and more folks will spend their time on the couch on Netflix. This Netflix top 10 could look very different in just a few years. 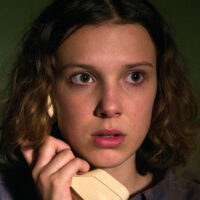