See Michael B. Jordan As The New Batman

Michael B. Jordan already has quite a bit of superhero and superpower acting gigs under his belt already. He’s played a variety of characters over the years, though hasn’t yet taken on any of the truly iconic comic book characters just quite yet. While that doesn’t appear set to change in the short term, it doesn’t stop folks from speculating and imagining what he’d look like in different superhero garb. Here’s one such opportunity. Check out what Jordan would look like in the cape and cowl as Batman.

I have to say, the look fits him. Michael B. Jordan could definitely pull off a turn as Batman. In this fan art, he’s sporting the dark gray suit with the black cape and shoulder plates. He’s also rocking the beard, giving off a slightly older look than we’ve seen from the actor before. From a hero perspective, it’s easy to see why folks would want Jordan in the role. He has a certain understated style that also somehow lends a lot of gravity to his roles. It’s why he’s one of the most sought-after actors in Hollywood, and why it isn’t a stretch to see him taking a hero turn.

Of course, Michael B. Jordan has plenty of work in this realm already. He starred in Josh Trank’s breakout film Chronicle that saw he and two friends (Dane DeHaan and Alex Russell) stumble into some superpowers after a chance encounter with an alien ship. It was a different look on the superpower genre with the guys coming slowly, and somewhat naively, into their powers.

Then he followed that up by teaming up with Trank again, this time in a much more widely known film in Fantastic Four. This one was supposed to reset the franchise after a couple of early missteps in story and tone. Michael B. Jordan played Johnny Storm in the group along with Miles Teller, Kate Mara, and Jamie Bell. The expectations around this film were very high but unfortunately, it failed to deliver. Fantastic Four completely bombed with critics, scoring an abysmal 9% on the Tomatometer.

Michael B. Jordan’s comic book comeback came in the form of a villain in Black Panther. He played Erik Killmonger, the antagonist and cousin to Chadwick Boseman’s T’Challa. It was a totally different role than Jordan had played in the past, but he crushed it as a villain while also bringing a lot of sympathy to the role. It was, again, a testament to the actor’s range. There are rumors he’ll come back to that role in some form.

It’s these three very different films, and Michael B. Jordan’s ability to work through different tones and styles that make it appealing to see him as Batman. There’s little doubt he’d be fantastic in the part if someone ever took the character that direction.

In the meantime, Michael B. Jordan has a number of different movies and projects lined up right now. He’s completed filming on Tom Clancy’s Without Remorse which will release later in the month on February 26th. He’s also set to star in Danny Boyle’s Methuselah about a Biblical figure who lives to be 1,000 years old. And finally, he’s set to come back for a third film in the Creed franchise. Sure, Michael B. Jordan is about as busy as it gets, but we can still imagine him taking an iconic role in the future. 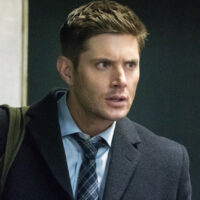 See Jensen Ackles As Batman In The Long Halloween Trailer

Static Shock: All About The New Live-Action Movie