Marvel Cinematic Universe Phase 4 is finally kicking off. In mid-2019, Marvel Studios announced at least ten projects that fans should expect over the next two years. Now the wait is over. Marvel Studios released the Black Widow solo movie official teaser trailer on December, 3rd 2019.

After seven years of playing the Black Widow character, Scarlett Johansson finally has a solo movie. As you all know, the Black Widow first appeared in Iron Man 2 (2010). Since then, fans have been looking forward to a solo film starring the red-haired former KGB spy turned Avenger.

This is everything there is to know about the Marvel’s Black Widow solo movie.

The Woman In Charge Of Black Widow

Cate Shortland will direct the Marvel’s Black Widow solo movie. Shortland is an Australian filmmaker best known for the 2012 Nazi drama, Lore. It tells the story of a young woman leading her siblings through Germany as Allied forces move in.

Cate Shortland’s most recent film is Berlin Syndrome, a thriller about a disturbed teacher who holds a young photographer captive after a night out.

The search for a Black Widow director was not easy. It took over half a year of searching for the perfect candidate. Marvel Studios met with over 70 directors and it was a priority that a female director lead the project. Some of the finalists (alongside Cate Shortland) included Kimberly Peirce, Maggie Betts, Amma Asante, and Melanie Laurent.

Now that she’s been chosen, Cate Shortland is the first woman to direct a Marvel Cinematic Universe movie.

Joining Johansson in Marvel’s Black Widow cast is Florence Pugh playing Yelena Belova. Yelena is a fictional character in the MCU, a spy/assassin trained in the Red Room. She is also at one point in her comic book history, the second character to use the name Black Widow. Florence Pugh is an English actress well known for films such as Midsommar (2019), Fighting with My Family (2019), and Little Women (2019).

A surprise addition to Marvel’s Black Widow cast is David Harbour. You know David Harbour as a tough cop in Stranger Things. In the Black Widow solo movie, he trades the badge for the Red Guardian suit and shield.

It’s been rumored that Robert Downey Jr will be return as Tony Stark. While there’s no sign of him in the trailer and no official confirmation, Marvel has been known to sneak in surprises. Don’t be surprised if Iron Man shows up in a twist.

Spoiler alert: Avengers fans should expect a lot of cameos.

Although Natasha Romanoff sacrificed herself in Vormir for the Soul Stone, she returns in the Black Widow solo movie, which is set much earlier than the Avengers: Endgame events. In an interview with IGN, David Harbour, playing the Red Guardian, revealed that the film is specifically set after Captain America: Civil War and before Avengers: Infinity War.

In the same interview, Harbour says the following about his character and Natasha, “They have known each other for a while, and there is a complex history there. This movie happens right after Captain America: Civil War, and so, those events will factor in.”

Since then, it has featured prominently in the Avenger films and has even become an inside joke between Hawkeye and Natasha. It’s expected that Natasha will shed some light on what happened in Budapest.

In an interview with Vanity Fair, Scarlett Johansson revealed a few more plot details. She said, “I did not want the movie to be an origin story or an espionage story… The film deals with a lot of trauma and pain.”

She also told EW at the San Diego Comic Con, “We find Natasha in her life at this point is very specific. She is in a dark place, and she has no one to call and nowhere to go. She is grappling with herself.”

Kevin Feige also sheds light on when the film takes place. Talking to IGN Brazil, Feige confirmed that Black Widow‘s solo movie takes place before Avengers: Infinity War and after Captain America: Civil War. As such, it will not mess up with the established MCU timeline.

Jac Schaeffer has a bold vision for the upcoming film. Uninterested in the staples comic book fans love: violent shoot outs and villains, Schaeffer has a different direction. She says, “I am not interested in adhering to the comic canon that is discriminatory or violates my value system.”

Schaeffer has also contributed to the 2019 Captain Marvel movie and WandaVision, a Disney+ series set for release in 2020. Collider reports that Ned Benson was hired by Marvel Studios to rewrite Black Widow but, there has been no comment from the studio.

Filming and principal photography began in Norway in May 2019. By early June 2019, Marvel’s Black Widow production moved to Pinewood Studios. In September 2019, after a wrap party held for the film ended, production again moved to Macon, Georgia.

Filming took place at the Terminal Station, which was dressed to appear as Albany, New York. Reports confirm that filming also took place in Morocco and of course, Budapest. Production officially ended in October 2019.

When Will Black Widow’s Solo Movie Be Released?

Marvel Studios has scheduled the release of Black Widow for on May 1st, 2020.

Read no further if you don’t want to be spoiled on what the Black Widow movie may be about. You’ve been warned.

During the course of Avengers: Endgame, Natasha refuses to allow Clint Barton aka Hawkeye to trade his life for the Soul Stone. Instead, she sacrifices herself. At the end of Avengers: Endgame we see Tony Stark’s funeral, but Natasha never really gets one.

According to people who claim to have seen a leaked cut of the film, Black Widow will finally give Natasha the graveside service she deserves. Though the movie itself is a prequel, set before the events of Avengers: Endgame, word is she’ll get a memorial set in the present day as part of an after-the-credits scene.

In that scene Clint Barton is shown visiting Natasha Romanoff’s grave with his children. It was Natasha’s sacrifice which brought his children back after Thanos’s snap and saved his life so that he’d be there to see them when they returned. So it makes sense that he’d be the one there, paying regular tribute to her unselfish bravery.

Black Widow is set prior to the events of Avengers: Infinity War which means there’s plenty of room there for her Avengers friends to show up in her solo movie. According to reports from leakers who claim to have seen an early cut of the movie, they will.

Word is that Black Widow contains four secret cameos. The biggest of which is an appearance by Iron Man. Tony Stark, of course, sacrificed his life to save everyone in Avengers: Endgame. But Black Widow takes place before that, so in this time period he’s alive, well, and flying around in his Iron Man armor. Various leakers who’ve seen the movie confirm that Iron Man is in it.

As previously mentioned in this article, we know now that Hawkeye is set to appear. He’s Natasha’s best friend and it would be strange to have a Black Widow movie without at least some hint of his presence.

We also now know that Nick Fury will show up in the Black Widow solo movie. His entire job is basically to keep tabs on the various members of The Avengers, so it would be strange if he didn’t pop his head in to see what Black Widow is up to, at some point.

Lastly, actor Walton Goggins is rumored to make his return to The Avengers universe in Black Widow as Sonny Burch. The character was first introduced in Ant-Man and the Wasp. He’s one of the villains in that movie, though not the primary one. In that film Sonny was a black-market arms dealer out to steal technology from Hank Pym. 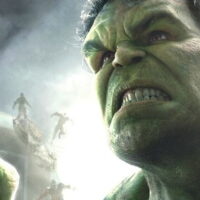 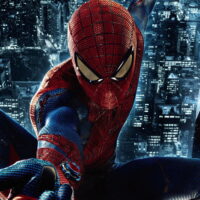 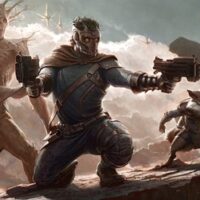