Mahershala Ali is set to take over the Blade franchise when the character enters the Marvel Cinematic Universe and his story is sure to interweave with the rest of the throughlines sooner than later. There have already been some hints at how he could be involved in the bigger franchise already. In the meantime, we’ve gotten some updates on how Marvel is going to take the character, when the Blade reboot filming will start and what will possibly change about this new iteration. A production listing went up on Twitter which apparently comes from the studio itself. In it, we see how things will stay the same for Blade, but also how the story might expand.

The plot description for the Blade reboot was shared by Twitter user @dodgerfan4life and includes, among other things, a synopsis of the plot for the film. Most of it is what’s to be expected from the character and in many ways, it looks like Mahershala Ali will play possibly a similar version of Eric Brooks that Wesley Snipes did the first time around. But there was a key piece added near the end of the description that sure makes it seem like Blade is getting an expanded story here. Check it out:

It’s the last piece of the Blade reboot description that does point to a possible deviation in the Marvel character when Mahershala Ali takes over the part. When they say he’ll take on vampires because they are the ones who killed his mother? Sure, we get it. But then at the end, they say his style comes from “fighting monsters of all kinds.” While this can feel like a throwaway line at the end of a quick description, we know that most times, especially with Marvel, words are chosen very carefully. That appears to be the case here.

Small Eternals spoiler is coming in the next paragraph. Just a heads up.

We know that Mahershala Ali officially entered the Marvel Cinematic Universe at the end of Eternals when we hear his voice coming through the Ebony Blade, talking to Kit Harrington’s Dane Whitman. Though we don’t see Ali, this is the first reference to his character. And even in this “cameo” it becomes clear that his version of Blade might be bound for significantly bigger things than the Snipes version. That one saw Eric Brooks/ Blade fighting off legions of vampires, as per much of the original comic book story.

But this Blade reboot could have Mahershala Ali becoming two things. One, if he’s fighting more monsters than just vampires then the monsters could be of the standard type (undead, zombies, etc) or it could mean there are bigger bads coming along in this universe. Which leads to number two, that this version of Blade might be considerably more powerful than what we’ve seen in the past.

And from this tweet, it looks like we have a little more information on the Blade reboot as well. Mahershala Ali, director Bassam Tariq, and company are set to get started filming this flick late next summer. That means we will finally start having a clearer sense of when it will hit screens, likely sometime in 2023. Until then we can dream about what kind of other monsters Blade is going to fight and just how important he is to the overall Marvel Cinematic Universe. 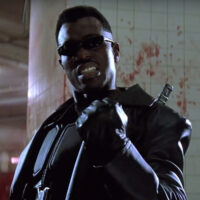 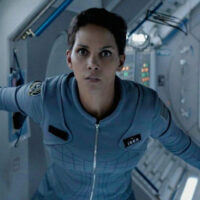 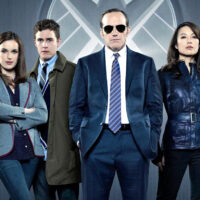