Macauley Culkin, for all of his childhood fame, hasn’t spent too much of his adult life taking expanded or big-budget roles in television shows or movies. But that is set to change this year with the actor starring in a well-established and long-running show which has had plenty of twists and turns along the way. In many ways, this feels like the perfect time for the actor to make another splash after being left home alone all those years ago. Now, take a look at Culkin in some of the first images of his character on American Horror Story:

The photo of Macauley Culkin is courtesy of Ryan Murphy’s Instagram account and the former is pictured alongside Leslie Grossman. It isn’t clear what role Culkin will be playing in the show this season, but Ryan Murphy did say he pitched the actor on an “insane” character. In fact, the show creator said to Culkin apparently that this new role would be not only crazy but would have exotic sex with other characters among other things. To which Culkin apparently responded, “This sounds like the role I was born to play.” So yeah, the casting appears to be an odd match in television heaven.

This is the 10th season of American Horror Story, the FX show that has taken a decidedly different approach to its seasons than what we’ve seen from television programs in the past. Each season is its own, standalone story, but many of the actors and actresses are cast season-over-season, just in different, though somewhat similar roles. It’s a totally new look in terms of creative license and it’s completely worked. This latest season will feature Macauley Culkin in his first role, but the aforementioned Grossman is back for her third season. Kathy Bates, Evan Peters, Billie Lourd, and Angelica Ross are all back as well after appearing in previous seasons.

For Macauley Culkin, this will be one of his first major roles over the last decade in which he hasn’t played himself or Kevin Mcallister live on screen. He had an extended arc-type thing on The Jim Gaffigan Show but that was mostly a gag. His last fiction role was in NBC’s Kings in a five-episode arc as a side character. The show, while showing some promise, was canceled after just one season.

Could this new role for Macauley Culkin usher in a new phase for the actor’s career. He hasn’t appeared to want all the much in the way of roles or high-profile productions over the years, happy to mostly stay out of the limelight unless the right thing comes along. He’s had no issue not wanting to distance himself from the Home Alone movies that made him famous, but also hasn’t grabbed a ton of other big work either. This could start to change that especially if his new character is a hit. From the picture, it sure looks like he belongs on the show and could definitely lean into the darkness of the production.

American Horror Story’s Season 10 was originally set to release in the fall of 2020, but the pandemic pushed back that timeline. The filming looks like it is underway and I suspect we have the first glimpse of Macauley Culkin in an episode later this fall. 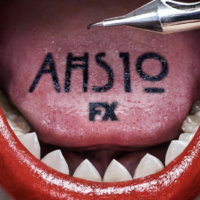 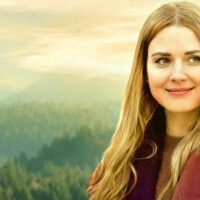 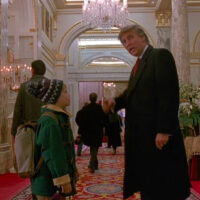