Just how many lives does the Devil get? By our count, we are up to five. Yes Lucifer, a TV show that got its initial life on the Fox network but has since moved on to Netflix, has been renewed for season 5 and we are here to give you the low down on all the naughty details. Here’s all we know about Lucifer season 5.

Lucifer season 5 is doing a musical episode. That means singing, dancing, and all that implies. Why? How does it fit into the plot? This first look at the Lucifer musical episode, featuring the cast singing and dancing to Queen’s “Another One Bites The Dust” may offer a few clues…

Netflix has started ramping up their promotion for Lucifer season 5. Below is the first full trailer for the new season, featuring Lucifer battling his twin brother Michael…

Below is the previous teaser for the season, featuring primarily all the sexiest footage from previous seasons. It even has a little nudity. Take a look, if you’re over 18…

Lucifer season 5 is doing a black and white, time-traveling, noir episode. Titled “It Never Ends Well for the Chicken,” the episode will tell the story of what happened when Lucifer previously visited Los Angeles in the 1940s. Somehow, this also results in Lauren German playing a man.

According to Fox, numbers were the reason they decided to drop Lucifer after three seasons. Even when social media went scorched earth on the network, executives didn’t budge.

According to TV Guide, Dana Walden, who was the chairman and CEO of Fox Television Group at the time of the canceling, said that the social media campaign to save the show didn’t cause Fox executives to think twice about bringing the show back. “We had a great time working with that cast and the executive producers of the show. It worked well for us,” Walden said at the Television Critics Association Summer press tour in 2018. “[But] as we were going into this season, we looked at the size of the audience, which was starting to get pretty narrow. We just made a determination that given … it was owned by an outside studio, at the time we couldn’t justify the economics. It was not an inexpensive show, and we just made a decision that ultimately it wasn’t performing to a broad enough audience in a way that worked for us.”

Thankfully, Fox’s decision to cancel the show was not the end of Lucifer’s story. In a move rarely seen (as in Lucifer was the first instance), the streaming giant Netflix listened to fan outrage and rolled the dice. They picked up Lucifer for its fourth season.

According to Cindy Holland, Netflix’s vice president of original series told that same audience at the Television Critics Association Summer press tour that Lucifer is “a fantastic show that has really resonated with audiences in parts of the world where we licensed it so we felt it was important to help that show continue for those fans.”

Not only did Netflix help raise Lucifer from the ashes, but it also put all its chips on the table and renewed it for Lucifer season 5.

With the news that Lucifer was not only back for season 4 but a season 5 as well, fans were wondering who would be tagging along? Obviously, Tom Ellis as Lucifer Morningstar would be there. He is the main reason people watch.

Some new blood was introduced in Lucifer season four when Inbar Lavi joined the cast as Lucifer’s very first girlfriend, the apple-eating Eve. While her return for Lucifer season five was initially in doubt, Entertainment Weekly recently announced that YES, Lavi will make her return in season 5.

Not only will we see the return of Eve, but word on the street is that Lucifer’s father, yes the Big Guy, will also be appearing. Dennis Haysbert (Pedro Cerrano in the Major League movies) has been cast as God and it couldn’t make Lucifer’s co-showrunner Joe Henderson any happier. He told Entertainment Weekly, “We did like the big crazy list of [possible actors for the part], and he was my top choice. We were lucky. It was our first and only offer.” It is not known just how much fans will see God but plans are for him to play a major role in season five.

Another new face to the cast will be Matthew Bohrer playing a character named Donovan Glover. Whether he is Lucifer’s friend or enemy remains to be seen.

Last we saw Mr. Morningstar, he was on his way back to reclaim his mantle as Hell’s leader. How this plays out we aren’t sure, as exact details have not been shared. But what we do know is this: Lucifer season five was first scheduled to be a ten-episode season but when Netflix announced that season five would be the final season (swear to God, this time) they bumped it from ten episodes to sixteen.  The writers of the show have been tweeting out clues by way of sharing Episode titles. If the first episode title is any indication as to where Lucifer’s mind is at, then we know his struggle will be real.

Season five will offer a couple of special episodes. The first comes in episode four titled “It Never Ends Well For The Chicken.” This episode is a noir episode set in the 1940s. It will be in black and white and there will be two musical numbers in it, one features a duet with Lucifer and Maze. Brandt told EW, “I do sing with Tom, which is something I know that the fans really wanted. It’s a beautiful, beautiful rendition of one of my favorite songs and a classic and has incredible American vocals, and we pay homage to that era and time.”

Not to be outdone by themselves, Lucifer season 5 also plans to have a full-blown musical episode too. In the episode titled “Bloody Celestial Karaoke Jam” and will give fans much more than just two musical numbers.

Also announced for this musical episode will be a guest-starring role for ‘80s pop star Debbie Gibson. She portrays a controlling mom who won’t allow her son to have any say in his future. And yes, she will sing.

Showrunner Ildy Modrovich talked to EW about this episode, “We wanted to have a real grounded story reason why they’re singing and dancing, and not just, ‘Oh, this is going to be the one where everybody sings and dance’. It’s been a little game of Tetris [planning the episode] but it’s super fun. It’s going to be amazing. It’s going to be just such a bucket list thing for me.”

HELL OF A LUCIFER SEASON 5 PREMIERE

THE FUTURE OF LUCIFER

Originally Netflix said Lucifer season 5 would be the show’s finale. Now though, things have changed. Netflix has officially announced that Lucifer is being renewed for season 6. 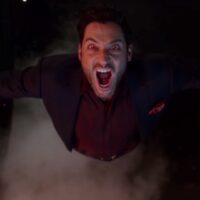 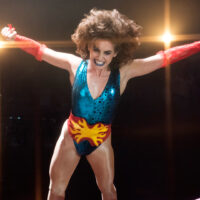 GLOW Season 4: Netflix Decides Whether It Will Still Happen