Comic book fan and all-around nerd-culture guru, Kevin Smith, discussed the way he envisions himself joining the Marvel Cinematic Universe if he’s ever given the chance.

Specifically, the Clerks III helmer speculated on joining the franchise by way of the upcoming Fantastic Four reboot (yes, another one). While he noted that he can’t see his small-scale directorial style mesh with a big-budget Marvel Cinematic Universe film, Kevin Smith said that he would be open to appearing in a brief cameo-like role in the movie as the comic book character Willie Lumpkin.

For those unfamiliar, Willie Lumpkin is a popular background character in the Fantastic Four comic books. While he’s a relatively innocuous figure who stays out of trouble, he has been the centerpiece of a few stories here and there that get him into the cosmic mix of Marvel’s first family. Speaking to Entertainment Tonight Canada, Kevin Smith explained that such a low-stakes figure would be perfect for him to solidify himself in the connected film and TV universe without having to do any heavy lifting he’s incapable of.

“He pops in, delivers the mail. Maybe he gets involved in an adventure here or there. That’s my speed,” Kevin Smith explained.

The character is actually perfect for a Kevin Smith cameo given that he was already brought to life in the much-maligned 2005 film starring Ioan Gruffudd, Jessica Alba, Chris Evans, and Michale Chiklis. None other than Marvel Comics boss Stan Lee portrayed him for a brief scene before reprising the role again in the equally maligned sequel Fantastic Four: Rise of the Silver Surfer. Unfortunately for fans everywhere, Stan Lee died in 2018 and will no longer have a cameo in every single project based on Marvel Comics he helped create. Fortunately, someone with the nerdy chops of Kevin Smith could take the reins and keep the legacy of Lumpkin alive.

In fact, the character was somewhat near and dear to Stan Lee’s heart. CBR reports that, before he was the lovable mailman to the Fantastic Four, Willie Lumpkin was a syndicated newspaper comic strip that Stan Lee did in 1960 about a mailman and the various characters he met on his daily route. The comic book writer noted that it was a challenge for him as he originally envisioned the character as a big-city cop walking his daily beat. Unfortunately, the editor of the paper wanted it to appeal to small-town America where cops don’t have beats. So the character was changed to a mailman. The outlet reports that Lee said in a 1998 interview that he found that difficult as he liked to write characters that were “hip and cutting-edge” from big cities. Anyone who has seen Kevin Smith’s work will likely note a similar influence. As a result, putting him as Willie Lumpkin would be a weirdly perfect torch-passing move.

However, if the upcoming Fantastic Four reboot has no room for Kevin Smith or Willie Lumpkin, the actor and filmmaker offered another option to join the Marvel Cinematic Universe — Foggy Nelson. For those unfamiliar, Foggy is the best friend of Matt Murdock, better known as Daredevil. The character was brought to life in live-action twice in recent memory, first by Jon Favreau in 2003, then again by Elden Henson in the incredible Netflix series in 2015. Although, the latter Foggy may not be done in the Marvel Cinematic Universe.

“That’s a character that is kind of my speed if they were ever to do another iteration of ‘Daredevil,’” Kevin Smith said. “That’s honestly the only way I could see myself at home in the Marvel Universe if I was cameoing or had a bit part. That would be worth more to me than directing an entire movie.” 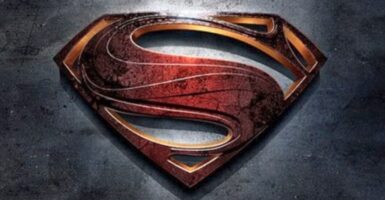 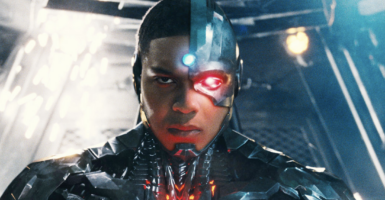 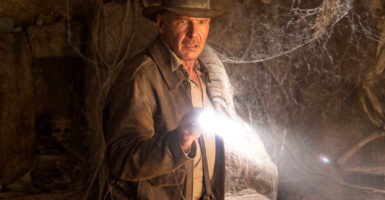