Sometimes a celebrity needs to apologize for a joke because it proves to be insensitive to a marginalized community. Sometimes their sense of humor falls prey to poor timing, and once again an apology is warranted. But in the case of Ken Jennings making a joke he needs to say sorry for on Jeopardy! it’s really just part of the gag.

Former Jeopardy! champion and current co-host Ken Jennings told a joke on Monday’s episode that had some laughing and some groaning. As reported by Yahoo News, it was returning champ Andrew He’s turn at bat with the clue “A very brave cleaner shrimp gets a meal of parasites and dead skin from the mouth of one of these scary predators.” The champ answered “eel” and, when told he needed to be more specific, came back with “electric eel,” which was incorrect. When no one else could offer a guess, Jennings revealed the correct answer was “moray eel,” and he did it with the joke, “As Dean Martin would say, ‘That’s Amore.'”

The first to poke fun at Ken Jennings for his pun was the official Jeopardy! Twitter account. Before Monday night was over, whoever was handling the show’s social media tweeted a gif of the co-host’s joke, with the caption “Dad joke alert! @KenJennings.” A couple of hours later, Jennings retweeted the show’s post, and added “I will be coming to your homes individually to apologize for this.” You can see the tweet below.

So far the response on Twitter has been almost universally against the idea of Ken Jennings needing to apologize. While being punny is not always appreciated in all social circles, there are clearly Jeopardy! watchers who appreciated the Dean Martin reference. Though that doesn’t necessarily mean they’re against Jennings stopping by for a visit.

In fact, not only did most responders think Ken Jennings had nothing to apologize for, a whole lot of them seemed to misconstrue the co-host’s tweet. Judging by the tones of their responses, they may not have understood that the co-host’s tweet was, itself, a joke. Apparently they were bracing for so-called cancel culture.

In truth, while he’s clearly joking, there is at least one person Ken Jennings might want to visit and offer an apology. One Twitter user claims to have been adversely affected by the joke, though it’s unlikely they’ll need medical attention. Their problem had less to do with the “dad joke” aspect, and more to do the song reference.

There is one person who does think Ken Jennings’ apology is warranted. Before you think unkind thoughts about him, however, know that he’s at least tipping his hat to Jennings for making the apology. That person, of course, is former Jeopardy! champion Matt Amodio.

This isn’t the first time Amodio has jokingly brought himself back into the Jeopardy! circle. Last month he aired a grievance, though it had nothing to do with Ken Jennings. When co-host Mayim Bialik chose to skip the tradition of asking Amodio’s successor Jonathan Fisher for an anecdote, the former champ took to Twitter to “complain.” Retweeting the announcement that Fisher and Amodio would face each other again on Jeopardy! Tournament of Champions, the former champ wrote, “Totally unfair. #Jeopardy just *gives* @JFishtheDish a free pass on an anecdote? Meanwhile I’m left flailing with ‘I listen to music sometimes’ and ‘There was a bat. Did it do anything? No, it just sat there and then went away.'” Apparently, Amodio thinks everyone hosting Jeopardy! owes him an apology. 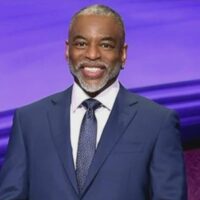 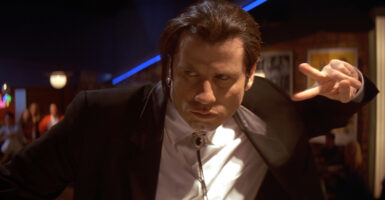 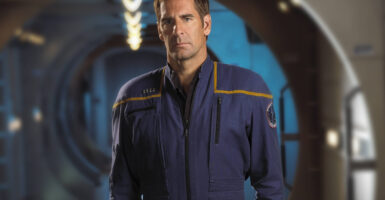 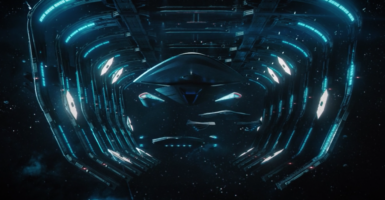