Keanu Reeves: Taking Action To Save His Girlfriend From A Stalker

Back in November of 2019, Keanu Reeves stunned fans when he arrived with artist Alexandra Grant on the red carpet at the LACMA Art + Film Gala. Reeves, who has been notoriously private when it has come to his private life, didn’t seem to have any issue showing PDA with Grant, as the two held hands, smiled and posed for cameras. The internet went crazy (mostly in a good way) at this revelation.

Unfortunately, not everyone was thrilled with this news. Especially Keanu Reeves’ long time stalker.

It’s pretty easy to see how the relationship between Keanu Reeves and Alexandra Grant developed. Two artists with the same vision can be a powerful thing. But for Reeves and his shining star, as does with many popular celebrities, has a way of attracting attention from those who may be a bit overzealous when it comes to following their favorite celebrity. They are known, in the business, as stalkers.

One particular stalker has not taken kindly to Grant’s coming out party with Keanu Reeves. The attention that Grant has been receiving from a specific individual has been so bad that Grant finally had to file a restraining order, that a Los Angeles Superior Judge granted.

Per the restraining order, the Keanu Reeves stalker in question is named Cathryn. She is 67-years old and has a major, over-the-top infatuation for Keanu Reeves. Alexandra Grant says the harassment began shortly after Reeves and Grant came out with their relationship. Although the couple has remained mostly quiet after their revelation, the harassment has only increased.

Per the petition (via The Blast), “The harassment commenced after Petitioner was romantically linked to world-famous actor Keanu Reeves, with whom Respondent is disturbingly obsessed. Mr. Reeves is aware and included in Respondent’s numerous social media “hate accounts”, which are comprised of literally thousands of posts.”

The harassment itself has come in various forms, from the cyberstalking to physical stalking. For the physical part, Keanu’s girlfriend Ms. Grant asked for and received 100 yards as the distance Cathryn cannot come within. Alexndra also told the court that Cathryn has shown up at her house and other places she visits, which is why she asked for the 100 yards.

The petition also states, “During the last few months, and ongoing every day, Mrs. Grant has become a victim of a course of relentless and extreme behavior by the defendant, who is a stalker and a complete stranger. Respondents’ course of conduct has included bullying, cyberbullying, threats, and other annoying and alarming behavior. ” To top all this off, Grant alleges that her stalker has an extensive criminal history that includes “felony convictions.”

While this restraining order is only temporary, a hearing has been set for September that will determine if “temporary” needs to be removed from the order and make it permanent.

Keanu Reeves and Alexandra Grant have been friends for years, almost a decade, in fact. The pair met when they collaborated on Reeves’ first book Ode To Happiness. The book is described as a grown-ups picture book, with Reeves supplying the text and Grant the pictures. The book, whose inception began as a few friends getting together to listen “to wonderfully sad self-pitying songs” then turned into Reeves writing a poem about them. This was then turned into a gift for Keanu Reeves, who loved the book so much that he wanted to share it with the world.

In 2016, the pair again collaborated on another book, this one titled Shadows. They followed the same recipe as their first collaboration with Keanu Reeves handling the text while Grant did her thing with the artistry. For Shadows, Grant used Reeves as her subject in the pictures she took and felt it was very important that Keanu Reeves was her muse. She told the LA Times, “No one can move the way he can. He’s a really extreme performer,” she said. “That’s a huge piece of why those images are so interesting. I knew that if I moved the camera as we danced together, as photographer and subject, we could create these wonderful optical illusions.” 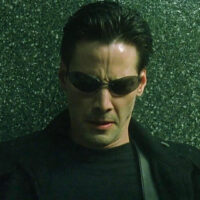 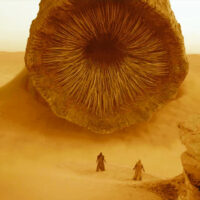