Harry Potter’s Dumbledore Is Getting a TV Show Starring Jude Law, According To This Report

Following in the footsteps of Richard Harris and Michael Gambon, Jude Law portrayed the younger version of Hogwarts headmaster, Albus Dumbledore, in the 2018 film Fantastic Beasts: The Crimes of Grindelwald. Now, if a new rumor is to be believed, Jude Law might bring the role of Dumbledore to television as well.

Crediting an unknown source, We Got This Covered is reporting that Jude Law would lead a new HBO Max series about the young Dumbledore. No details are given about when in the chronology of the films this new series will take place or how this new series would tie into the Fantastic Beasts series in general.

Yet despite not being close to as popular as the Harry Potter franchise, Warner Bros. has continued to show support for their Fantastic Beasts series of films. Originally intended as a series of five films, Warner Bros. has not indicated that they’re planning on cutting the number of expected films.

In addition to the films, Universal Studio’s newest park in Orlando, Florida, called Epic Universe, is rumored to have an entire Fantastic Beasts section, including a new British Ministry of Magic ride. However, with the coronavirus outbreak leaving theme parks to cut costs, it’s possible plans for this new park might be cut significantly. As of right now, the third film in the Fantastic Beasts franchise is still scheduled for release on November 2021, with Law planned to return as Dumbledore.

Also, considering how fans have wanted a Harry Potter television show for years, it would seem a bit odd for HBO to take such a massive franchise and plop it onto their streaming service. This would be even more suspicious considering that HBO in recent years has been searching for a gigantic franchise that could support the network post-Game of Thrones. If this rumor is true, it would seem far more likely that HBO would at least give this a chance on their primary network.

Jude Law has had quite a strong working relationship with HBO over the years, which could add some legitimacy to this rumor. Over the last few years, Jude Law has worked with HBO on 2016’s The Young Pope, the series’ follow-up, The New Pope, and this year’s The Third Day. At the very least, this shows that Jude Law certainly isn’t opposed to working on television with the right project.

At this point, a television series set in the Harry Potter universe seems more like an inevitability than anything. Will that eventual series center around a young Dumbledore or will WB move their Fantastic Beasts series to HBO Max? And have the recent controversies surrounding J.K. Rowling changed the course of the franchise? It’s all speculation at this point as far as where the Harry Potter world will take audiences next. 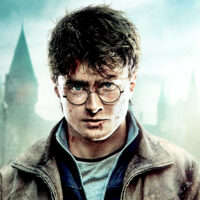