Jonathan Majors Is The New Big Bad Of The Marvel Universe, Our Scoop Confirmed

Jonathan Majors is about to be very busy. Thanks to the ending of Loki Season 1, we now know that the actor is poised to be the new Big Bad of the Marvel Cinematic Universe, a position once held by the Mad Titan Thanos. We had scooped that the actor was being set up as a crucial antagonist in the future of the Marvel Cinematic Universe, and the finale of Loki has confirmed that in a most shocking way.

In the final episode of the first season of Loki, we are introduced to Jonathan Majors as the only person who is left at the end of all time. He is never given a name in the episode but is referred to as He Who Remains. He says that he has been called many things, including conqueror. This is the first nod to his true name, Kang the Conqueror. He proceeds to tell Loki and Sylvie that his many Variants are the ones who fought in the Multiversal War that almost destroyed all of existence. So, he aimed to unify the timelines in order to prevent his many Variants from coming into power and attempting to annihilate everything.

Jonathan Majors plays the role in a kooky manner, but it is clear that there is a genuine fear from the menace his many Variants pose. By the end of the episode, he offers Loki and Sylvie the choice to either rule in his stead to keep the timeline unified, or kill him and bring forth his Variants that will attempt to dominate all of existence. Naturally, Sylvie kills him and we see the timeline splinter into infinite variations. When Loki returns to the Time Variance Authority to let his friends know what happened, he is presented with a statue that used to be the Time-Keepers but now shows the visage of Jonathan Majors.

Not only that, but Loki’s friend Mobius does not seem to know who Loki is. It looks like Jonathan Majors will have conquered the Time Variance Authority and now rules it, and as far as the characters from that universe are concerned, that is how it always has been for all time. It is a major setup for Kang as a threat that exceeds anything the Marvel Cinematic Universe has seen up to this point. Effectively, Kang is now the ruler of all possible existences. It makes Thanos and his quest for the Infinity Stones seem trite in comparison.

We will have to wait and see just how much of Jonathan Majors we will see in the upcoming Marvel Cinematic Universe projects, but this and our knowledge of his appearance in Ant-Man and the Wasp: Quantumania certainly suggests that he is here to stay. How will the multiverse of Marvel heroes deal with this problem? Will it be up to Loki to save the day or will it take a new group of Avengers to stop him as they did with Thanos? Whatever happens, get ready to see a lot of Jonathan Majors as Kang the Conqueror now that he has been established as the greatest threat the Marvel multiverse has ever known. 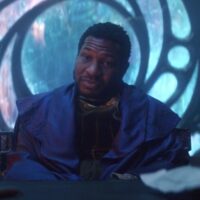 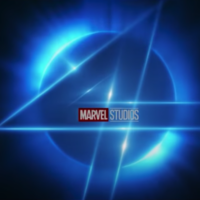 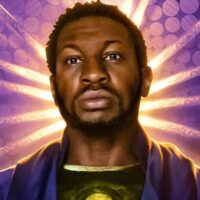