Johnny Depp’s daughter, Lily-Rose Depp, stars alongside George MacKay in perhaps the most perplexing drama of the season, Wolf.

Lily-Rose Depp is Johnny Depp’s daughter whom he shares with his former partner Vanessa Paradis. At 22 years old, she’s already had an impressive acting career with roles in films like Tusk, Yoga Hosers, The King, The Dancer and much more. Her latest foray into her famous dad’s profession includes the upcoming thriller Wolf where she plays a troubled woman who does not believe she is human.

According to People, the film follows MacKay’s character as a young man who believes he is a wolf trapped in a human being’s body. Because of his delusion, however powerful it may be, he is sent to a clinic nicknamed “the zoo” that specializes in curing people suffering from “species dysphoria.” While there, he meets the character played by Johnny Depp’s daughter who believes, like him, that she too is an animal that’s simply in human form for whatever reason. At various points, the first official trailer sees her taking on the form of a wildcat, even shedding her clothing at one point and drawing crude whiskers on her face. As the trailer goes on, it becomes clear that the clinic and the people who work there aren’t what they seem. Things like a cage and unruly conversion tactics begin to take shape, indicating that this place will see results in its patients, even if it has to resort to (and this term feels ironic in this context) inhumane tactics.

Johnny Depp’s daughter and the film’s breakout star, George MacKay are not only taking on a very cerebral and complex role in the film, but they’re also acting as a bit of a beacon for a community of people who suffer from the real-life disorder that the film is based on. IndieWire reports that species dysphoria is currently not recognized by the Diagnostic and Statistical Manual of Mental Disorders. However, it is still used as a blanket term to apply to those who have a disorder in which they believe they were born into the body of the wrong species. While rare, it does happen. As a result, filmmaker Nathalie Biancheri, was drawn to the real-life disorder and the community it surrounds for a feature film, having made a lucrative career for herself in the past as a documentary filmmaker.

Unfortunately, while Wolf seems like the perfect dark and heady film to help usher in the spooky Halloween season (especially given that its trailer dropped the day before October 1) the film originally premiered at the Toronto International Film Festival. As a result, Focus Features won’t be able to distribute it until December 3, when it finally hits theaters. So, if you’re a horror movie nut who starts longing for the just-passed Halloween Season around the end of November, you’ll be able to scratch your itch (possibly with your hind leg) when MacKay and Johnny Depp’s daughter’s performance in Wolf hits theaters everywhere ahead of Christmas. 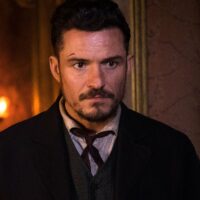 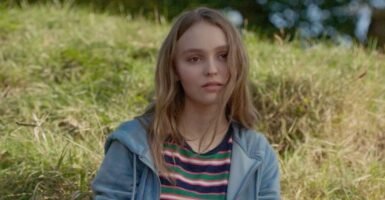 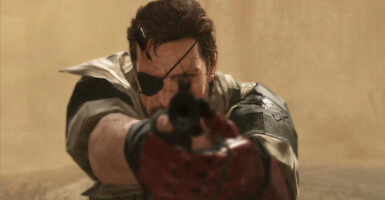