In Hollywood, there are only a handful of filmmakers whose body of work is highly regarded. And Australian film director Peter Weir is one of them. A leading figure in the Australian New Wave cinema movement, the climax of his early career was 1982’s $6 million multi-national production The Year of Living Dangerously. This was followed by Dead Poets Society, Green Card, Witness, and The Truman Show. For his efforts, the director is receiving an honorary Academy Award in 2023. But sadly, the 77-year-old hasn’t stepped behind the camera in over a decade thanks to difficult actors like Johnny Depp and Russel Crowe.

The revelation was made by Ethan Hawke while promoting his new docuseries The Last Movie Stars. Speaking to IndieWire, the Moon Knight star talked about why Peter Weir stepped away from Hollywood after the release of The Way Back in 2010. According to the 51-year-old, the director grew weary of filmmaking after dealing with difficult performers. “I think he lost interest in movies. He really enjoyed that work when he didn’t have actors giving him a hard time. Russell Crowe and Johnny Depp broke him,” the Marvel alum told the publication.

Hawke emphasized that it’s very hard to find someone of Weir’s caliber these days. The actor described him as a popular director who can make mainstream movies that are also artistic. But to have the budget to do The Truman Show or Master and Commander: The Far Side of the World, one needs a Jim Carrey or Russell Crowe. “I think Harrison Ford and Gerard Depardieu were his sort of actors,” the Black Phone star added. Because, unlike Johnny Depp, these stars are director-friendly and don’t see themselves as important.

Ethan Hawke’s story can be corroborated by several instances of behind-the-scenes drama on the Russell Crowe-led Master and Commander. But these problems were eclipsed after the movie was nominated for Best Picture and Best Director at the Academy Awards. Still, there were seven years between the release of that film and The Way Back – which became Weir’s final feature. And between those projects, the Aussie filmmaker was attached to direct Shantaram starring Johnny Depp. Following the early stages of the film’s development, Weir left due to creative differences.

Following Hawke’s assertion, it’s sad that experiences with actors like Johnny Depp and Russell Crowe are to blame for Weir losing his passion for filmmaking. Over the years, he’s been nominated for the Best Director Academy Award four times (for Witness, Dead Poets Society, The Truman Show, and Master and Commander: The Far Side of the World). But he never managed to secure a win. However, he will receive an honorary Oscar from the 13th Governors Awards, which recognizes individuals who have made indelible contributions to cinema.

Weir has certainly earned the acknowledgment. Throughout his career, the director has created a prominent filmography that began in 1968 before quietly closing in 2010. He also helped forge the careers of stars like Ethan Hawke, Jim Carrey, Mel Gibson, and Jeff Bridges. It would have been interesting to see the performances he could have coaxed from new stars like Timothée Chalamet. But thanks to Johnny Depp and Russell Crowe, that day may never come. 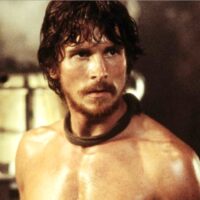 An Underrated Christian Bale Western Is Getting An Exciting Rerelease