In just four years, John Boyega went from appearing in his first film, with 2011’s Attack the Block, to starring in Star Wars: The Force Awakens in 2015. The actor quickly became a star, and he hasn’t been quiet about his problems with making major blockbusters. In a recent interview, John Boyega said that being in a major franchise is “kind of like luxury jail sometimes for an actor when you want to do something else.”

John Boyega continued to say that being in a franchise and playing the same character for years over multiple projects can be difficult, especially when the actor wants to try different types of roles. Boyega also says that playing one character over years can “starve your other muscles.” Boyega played Finn over the course of three films in the Star Wars franchise, appearing in The Force Awakens, 2017’s Star Wars: The Last Jedi, and in 2019’s Star Wars: The Rise of Skywalker.

But in the time between Star Wars projects, John Boyega has at least attempted to diversify his roles as an actor. In the same year as The Last Jedi, Boyega also appeared in the adaptation of the Dave Eggers book The Circle, and also starred in Kathryn Bigelow’s Detroit. Between The Last Jedi and The Rise of Skywalker, Boyega starred in Pacific Rim: Uprising, joining another franchise in its second installment.

Yet since The Rise of Skywalker, John Boyega has signed on for roles that will test him more as an actor, away from big budgets and major franchises. Last year, Boyega received acclaim for his role in the Small Axe series, in which he appeared in the episode “Red, White and Blue.” Boyega received a Critics’ Choice Television Award nomination for Best Actor in a Limited Series or Television Role.

Last year, John Boyega discussed with GQ how he was in the only cast member in Star Wars who “had their own unique experience of that franchise based on their race.” Boyega went on to say that he received death threats and harassing messages through social media accounts due to his involvement with Star Wars. Boyega also criticized how Disney marketed him as central to the franchise, before pushing him aside in later films. After making these comments to GQ, Boyega said he had a phone call with Lucasfilm President Kathleen Kennedy about race in Star Wars, saying their discussion was a “nice, transparent, honest conversation that is beneficial to both of us.”

For everyone involved with the most recent Star Wars trilogy, it sounds as though they are done with the series after The Rise of Skywalker. But at least John Boyega seems to be trying to make the Star Wars franchise learn something from his own negative experiences within the series. Boyega is already thriving with non-franchise work, and he’s done a great job in work like Attack the Block, Small Axe, and Detroit. Here’s hoping Boyega continues to do work that he finds fulfilling as an actor outside franchises, and maybe eventually inside them as well. 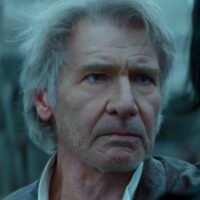