If you were looking for a new phobia, maybe a chance to be afraid of a common insect for the rest of your life, then does Jeff Daniels ever have the movie for you. Though the film came out more than three decades ago, it still stands up today as a great way to freak out whenever you see an eight-legged critter scurrying across your kitchen floor. Sure, it’s probably harmless. But there’s also some chance it’s a super-deadly spider that can wipe out a whole town. Now’s your chance to get terrified with Arachnophobia streaming totally free on YouTube.

Arachnophobia is a horror, black comedy that came out in a simpler time when a small group of deadly spiders could have a whole movie about them and still be terrifying. Jeff Daniels plays Ross Jennings who’s just moved his family to a small town in California to become the local doctor. Little does he, or anyone else, know that thousands of miles away in Venezuela a group of scientists found a species of very poisonous spiders and one of them hitched a ride to this town. It’s there that the spider mates with a local species in Ross’s dilapidated barn sending out countless venomous babies that are about to start picking off the town’s residents one by one.

As in any horror movie, the killings start slow but remain steady throughout. What begins as innocent old people seeming to die in natural circumstances quickly becomes a full-blown issue when the residents are dropping like flies. It takes some time for folks to catch on to what’s happening. Jeff Daniels suspects there is something amiss here though he’s afraid of spiders (hence the title) and has issues confronting what could be the core problem. Ultimately, things come to a head and the spiders need to be dealt with, but not before you think twice about ever coming close to another web again in your life. Check out the old, but still relevant, trailer for Arachnophobia:

Joining Jeff Daniels in the Arachnophobia cast is first and foremost John Goodman who has an absolutely scene-stealing role as local exterminator Delbert McClintock. He takes something of an over-the-top militaristic approach to his job, treating the removal of pests with the same solemn and methodical nature a soldier would go to war. He’s fantastic. Also in the cast are Harley Jane Kozak, Julian Sands, Brian McNamara, and Frances Bey. It was directed by Frank Marshall who would go on to helm Alive, Congo and Eight Below.

For Jeff Daniels, this was one of his first starring roles. He’d been around the game for the better part of the 1980s leading films like The Purple Rose of Cairo and Something Wild but his career started taking off around 1990 when this movie first came out. In the next few years, he’d make The Butcher’s Wife with Demi Moore and then of course Dumb and Dumber with Jim Carrey. Since then it’s been a steady flow of roles over the next 30 or so years.

Arachnophobia performed really well with critics, sitting at 93% on Rotten Tomatoes and 67 on Metacritic. Critics appreciated the rather subdued nature of the film and everyman approach by Jeff Daniels and the rest of the small-town crew dealing with an actual killer scourge of spiders. And there was also praise about the comedic nature in moments, keeping things a nice mix of freaky and funny. It was a solid box office success, scoring $53 million on its $22 million budget. And that was having to go up against Die Hard and Ghost on its opening weekend. Not exactly dream timing considering how those movies fared.

Jeff Daniels will next appear in the Showtime series Rust. He’ll play the police chief in a blue-collar Pennsylvania town with the show set to explore the intersecting and sad lives of some of the folks there. And he’s coming off a successful Broadway run as Atticus Finch in the stage version of To Kill A Mockingbird. But now you have the chance to catch the actor in one of his earlier, freakier roles. And it’s totally free. Go check out Arachnophobia on YouTube now. 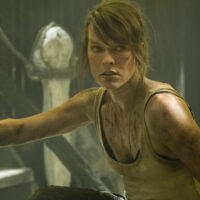 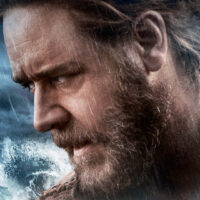