Jason Momoa is one of the most in-demand actors in Hollywood. And it is easy to imagine why. Boasting the good looks, charisma, and acting skills of a bonafide box office draw, he is one of the biggest stars to grace the big-and small- screen. He is perhaps best known for playing Dothraki leader Khal Drogo in HBO’s massively successful Game of Thrones and Arthur Curry/Aquaman in the DC Extended Universe. Now, though, he is rocking a set of horns for a new Netflix film and we are here for it.

Netflix has released a behind-the-scenes look at Jason Momoa in Slumberland, a fantasy adventure featuring an outlaw helping the film’s young protagonist (Marlow Barkley) navigate a perilous dreamworld. Sounds fun, doesn’t it? Well, if this first look is anything to go by, it looks to be a ton of fun.

You can check out the official sneak peak, which showcases the horned Jason Momoa, below.

We do not know much about Slumberland yet beyond what Netflix teased above, but we do know now that Jason Momoa looks great with horns. As if that was ever going to be a question. His horns actually seem to complement his rugged look rather nicely. Hopefully his acting is just as appealing!

The film is based on cartoonist Winsor McCay‘s comic book series, Little Nemo in Slumberland, which was adapted into an animated feature film in 1989. The Hunger Games: Catching Fire director Francis Lawrence is helming the film, while David Guion and Michael Handelman are writing the script. Jason Momoa will be portraying one of the movie’s two main characters, while Marlow Barkley will portray the young hero at the center of the story.

In addition to his roles in Game of Thrones, the DC Extended Universe, and, of course, Slumberland, Jason Momoa has also appeared in many other films and shows, including Sugar Mountain, Once Upon a Time In Venice, The Lego Movie 2: The Second Part, Sweet Girl, and others. Most excitingly, though, is his turn as Duncan Idaho in Denis Villeneuve’s highly anticipated Dune remake.

Personally, I enjoy Jason Momoa’s corny take on Arthur Curry/Aquaman in the DC Extended Universe, and it would be cool to see him attempt something just as hokey and fun with Slumberland. Of course, it is still too early to tell. We do not even have footage yet, and it will probably be a bit before we see anything more complete or concrete.

You can catch Jason Momoa and his gorgeous set of horns in Netflix’s Slumberland when it hits the streaming service sometime in 2022. Until then, though, you can check him out in Zack Snyder’s Justice League, which is now streaming exclusively on HBO Max. He is fantastic in that and really helps drive the film’s cheesiness home. Or, if you feel so inclined, go watch him in the first season of Game of Thrones. He is not in it too much, but he still manages to become one of that season’s highlights.

Jason Momoa To Join The Witcher? 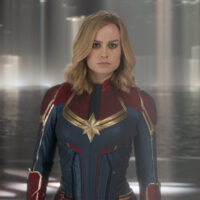 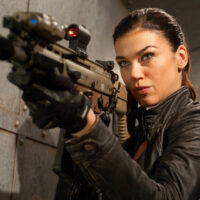