James Gunn, the writer and director for Guardians of the Galaxy, may currently be working on making a movie for Superman’s dog, Krypto. As far as James Gunn rumors go, this is arguably the most fun possibility yet.

Charles Murphy at Murphy’s Multiverse has shared an unverified rumor. They only have one source for the news at this point. However, it does fit well into a timeline of events for James Gunn in recent years. In mid-2018, Marvel fired Gunn after a social media controversy. While he had finished the script of Guardians of the Galaxy Vol. 3, the project was on hold. While he was fired, Gunn began working with DC. We’ll soon be seeing the fruits of that partnership in The Suicide Squad. Eventually, Marvel took James Gunn back. He’s working on Guardians of the Galaxy Vol. 3 with his original script unchanged.

It’s been said that during the time he was working exclusively with DC, the idea of working on a Superman project was thrown around. Additionally, it was said that James Gunn particularly liked the idea of Krypto from the comics series. Fans of Gunn know that he has pet dogs he cares for a lot. One in particular who has since passed away was the original inspiration for Groot.

Recently, James Gunn was asked on Instagram whether he is working on any projects for DC other than The Suicide Squad and Peacemaker. He answered, “One toe dipped in.” Now, according to what Murphy’s Multiverse has heard, that project may be a movie for Superman’s alien dog.

If you have doubts about how fun this could be, consider how great Rocket Racoon is in Guardians of the Galaxy. That franchise turned a tree that can only say one word into a beloved character we can’t stop creating memes for. If anyone could make a fun movie for adults following Superman’s dog, it’s this guy. James Gunn has a weird sense of humor and great taste in songs for movie soundtracks. The sense of humor has gotten him in trouble on more than one occasion on social media, but it’s part of what makes his films such hits. The movie soundtracks have become a strong part of his style as a director.

If you’ve mainly watched Superman movies you may not be aware that Superman has a dog. A dog from Krypton. So, he’s an alien dog, with superpowers. Krypto has heat vision. He’s been in the DC Comics series since 1955, though he shows up somewhat sporadically. He’s also been in a lot of animated series. Recently, Krypto showed up in the live-action Superman world in the television series Titans. Now, James Gunn may be set to be the first to bring the super dog to the big screen.

Clearly, this is very much a rumor for now. An exciting and fun rumor, but unverified. The writer and director is known for being quick to answer questions on social media, so we may get more news on this soon. If it does happen, James Gunn has to make Guardians of the Galaxy Vol. 3 first. He’s also been very public about wanting some time off after production. That could mean a long wait for a Krypto movie if this turns out to be his next project. 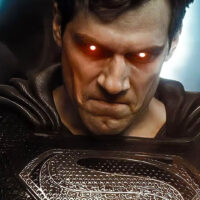