Crossovers between Marvel and DC are nothing new to longtime comic book fans, but an on-screen collaboration is still a somewhat of pipedream. As luck would have it, James Gunn whose directed movies in the Marvel Cinematic Universe (Guardians of the Galaxy) and DC Extended Universe (The Suicide Squad) has suggested that a crossover is a possibility.

In an interview with popular YouTube channel Jake’s Takes, James Gunn said he would love to bring Harley Quinn and Groot together for a crossover movie, which he previously mentioned during his press tour for The Suicide Squad.

“I would really be happy to do a Harley Quinn and Groot movie. That would be exciting for me. Not only have I thought about that, but I’ve actually talked about that to the heads of both Marvel and DC. They know everybody’s open to everything, but whether anything would ever happen, who knows?”

But James Gunn went on to explain that despite conversations with the “powers-that-be”, the chances of seeing a Marvel/DC crossover was unlikely, but not impossible. As the story made the rounds on social media the quote evolved and, according to Gunn, was taken a little out of context.

In an exchange with fans on Twitter, the Guardians of the Galaxy director clarified his comments. As it turns out, James Gunn did speak to both studios about a crossover, but he never mentioned any specific characters. While he may have included Harley Quinn and Groot in his talk with Kevin Feige, that wasn’t going to be the premise of a movie.

However, James Gunn doesn’t feel that doing a crossover just to have one would be a good idea. When answering fans’ questions earlier this month, the director said constantly seeing crossovers and mash-ups is less enchanting than a strong story. So if he was going to be involved in a crossover film, it would have to be something with depth and a really good concept.

Despite the enthusiasm of Marvel’s Kevin Feige and Warner Bros Tobey Emmerich, James Gunn also noted that developing a crossover would be difficult due to the complexity of the movie business – which includes things like legal and administrative issues.

“I know it’s exciting for even the heads of Marvel and DC to think about, Kevin Feige over at Marvel and Tobey Emmerich over at Warner Bros. It’s something we all like to dream about, whether we can ever get through the barrage, the Berlin Wall of lawyers we would need to get through to ever make something like that happen, I don’t know. But, it would be a blast.”

The first comic book crossover between Marvel and DC was in 1976 with Superman vs. The Amazing Spider-Man, a one-shot that would set the stage for similar team-ups like 1980s Batman vs. the Incredible Hulk, and a meeting between The Uncanny X-Men and The New Teen Titans.

In the 1990s fans were treated to a Marvel vs DC mini-series, written by Peter David and Ron Marz with art by Dan Jurgens and Claudio Castellini. The series featured match-ups like Superman vs. Hulk, Spider-Man vs. Superboy, Batman vs. Captain America, Wolverine vs. Lobo, and Storm vs. Wonder Woman.

While the “powers that be” decide if a crossover is a viable option, fans can look forward to James Gunn’s The Suicide Squad which hits theaters on August 5th. The story follows the imprisoned convicts of Belle Reve penitentiary who are sent as members of Task Force X to the South American island of Corto Maltese to destroy Jotunheim. The Nazi-era prison and laboratory held political prisoners and conducted experiments on them. But during their mission, the squad comes into conflict with Starro, a giant, telepathic alien starfish. 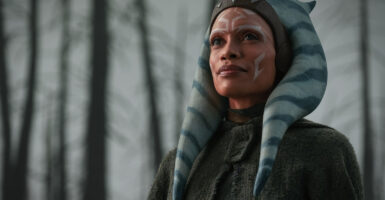 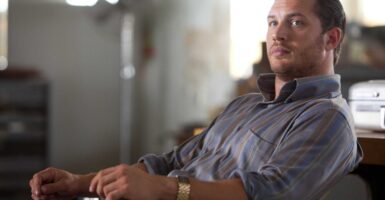