Jake Gyllenhaal will star in Strange World, a new animated film from Disney about a family of explorers.

Related:
All Disney Channels Have Left A Major Cable Network

For many actors working today, getting into business with Disney tends to be a badge of honor in their career, mostly because of the broad range that Disney has with some of their various productions and audience reach. After the House of Mouse acquired huge studios like LucasFilm and the Star Wars series of films, 20th Century Fox, and the entirety of the Marvel Cinematic Universe, Disney has become a leader in the film and television space in the last few years. As audiences have enjoyed returning to movie theaters to attend opening day weekends for a new film, it appears that actor Jake Gyllenhaal has signed up for an adventure with Disney, and the trailer of his newest film Strange World has been released to Walt Disney Animation Studios’ official YouTube account.

According to a report by ComicBook.com, Disney has also released a poster for Strange World in addition to the trailer this week, as it leads up to the eventual release date of the Jake Gyllenhaal-led film on November 23, 2022. In the trailer for the animated feature, Gyllenhaal voices the character of Searcher Clade, a farmer who descends from a family of explorers, but he can’t find the courage to explore the big bad world himself. The entire Clade family is presented with a mission in which they must depend on each family member in order to survive, forcing them to all put their differences aside and fend off a creature that seems to be awaiting their arrival.

In addition to Jake Gyllenhaal, Strange World stars an ensemble group of voice actors, including Dennis Quaid, Gabrielle Union, comedian Jaboukie Young-White, and Kung Fu Panda star Lucy Liu. As one of the only computer-animated films to come from Walt Disney Animation Studios that isn’t related to Pixar, Strange World joins a host of other similar animated movies in recent years that include Big Hero 6, Encanto, and Raya and the Last Dragon. Unlike some of Disney’s recent efforts in the animation space, Strange World will see a theatrical release in November rather than debuting on Disney+, which would put it in a different category than some COVID-era hits like Soul and Luca, which were released directly to streaming.

Jake Gyllenhaal may be looking for some success by venturing into the Disney waters with Strange World, particularly because the actor did not fare well with another Disney project in the past: Prince of Persia: The Sands of Time. Produced by Jerry Bruckheimer and released by Walt Disney Pictures in an attempt to cast Gyllenhaal as a Persian prince, the live-action film was critically panned when it was released in theaters in 2010, although it ended up grossing over $336 million at the box office against a budget of roughly $200 million. Luckily, Strange World appears to boast a talented voice cast and an adventurous spirit for families to enjoy in theaters before it heads to Disney+, deploying many elements like exploration that have fit well for action-thriller movies of similar quality in the past. 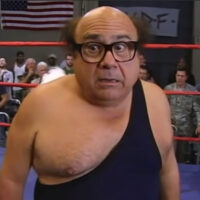 Disney Is Making A Prequel To Its Best Movie