When it’s all said and done, Idris Elba might go down as one of the best and most underrated actors of our generation. From his presence, delivery, and stoicism on screen, to the way he commands each performance and can play such a variety of roles, he’s a master at his craft. He had made a name for himself already on British television shows and then came to the United States to play Stringer Bell on The Wire. Almost everything before and since has been masterful. And his latest movie to hit streaming is no different. You have a chance to catch the actor in a great one over on Netflix with Concrete Cowboy streaming now on the platform.

Concrete Cowboy is labeled a Western drama so you’d be forgiven if you thought you were going to catch Idris Elba riding through the plains, in and out of dusty prairie towns in the middle of the 19th century. This is anything but. Set in Philadelphia, Pennsylvania the film follows his character Harp and his somewhat estranged son Cole. They are part of the real-life group, the Fletcher Street Urban Riding Club who label themselves as black urban cowboys. They keep and care for horses in the streets of the city, riding them as transportation and harkening back to a simpler life.

The film takes place in the middle aughts of the 2000s when the club has been started up again, after the on-again-off-again nature it had seen over the last 100 or so years. Idris Elba is living in the city, caring for his horses when Harp is sent to live with him. The onboarding is a difficult time with Cole’s life clearly and significantly different than what else is happening around the urban landscape. They take their monikers as cowboys seriously and to the most literal ends. They walk the walk and they talk the talk which stands in sharp contrast to the rest of their surroundings. That, among other things, makes for a rocky relationship between the two to start. Here, check out the trailer for Concrete Cowboy.

While this is meant to have its roots in a “true” story around the Fletcher Street Club, it’s clearly a father-soon story with Idris Elba and Caleb McClaughlin (Stranger Things) struggling at first to both reconcile their relationship and the clear differences between their expectations around life in the city. Where Cole thoroughly embraces his cowboy culture, Harp is at odds with both his dad on a personal level but an emotional one as well. But as the movie goes on, we are treated to a story about identity and family, how diverging from the norm is sometimes the best way to find solidarity.

Concrete Cowboy was supposed to hit theaters and festivals in 2020 but Covid-19 and pandemic-related closures put an end to that. Now it’s on Netflix and is definitely worth checking out. The Idris Elba film was a hit with critics, sitting at 78% on Rotten Tomatoes and 67 on Metacritic. Reviews were incredibly complimentary about both the story as a whole and the relationship between the two “father-son” leads. They praised the performances from both Idris Elba and McClaughlin in bringing out the emotional separation between the two and how the caring of the horses and by proxy, their community, brings them together.

Next up for Idris Elba is a very high-profile, hotly anticipated comic book film in The Suicide Squad. He plays Bloodsport who will take over as one of the de facto leaders of the group alongside Margot Robbie’s Harley Quinn. The James Gunn-directed reset for the franchise has a ton of big names in it and from the trailers looks like a totally new direction for this group. He’s also set to star in a “real” Western with The Harder They Fall. This one is actually part of the genre and will involve Elba’s character and his gang out for revenge on the plains. For the time being, check him out in this great movie on Netflix. 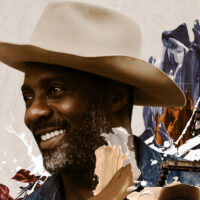 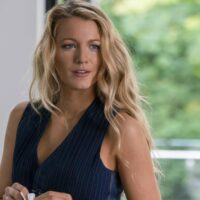